“On the average, five times as many people read the headline as read the body copy. When you have written your headline, you have spent eighty cents out of your dollar.” — David Ogilvy

The world may have moved on from B&W print advertisements to content marketing, but some things never change—headlines, for instance. They’re just as important now as they were then and newer numbers don’t stray too far from the case Mr. Ogilvy presented. According to Copyblogger, 8 of 10 people read your headline, but only 2 out of 10 will continue on and read the rest of your content.

The importance of writing great headlines can’t be overemphasized; honestly, it’s just sad when you come across an otherwise great article or story that’s marred by a plain, mediocre headline. But the good thing is that it can be fixed.

A term coined by professor George Loewenstein of Carnegie Mellon university, curiosity gap simply implies the gap that exists between what we know and what we want to know.

Knowing that we don’t know something creates a feeling of deprivation and consequently, we feel compelled to overcome that feeling by finding the missing piece of information. So why does this work? Well, Cal Tech studied volunteers’ brains while showing them trivia designed to generated low and high curiosity. They found that a part of the brain—the caudate region—which gets activated when someone’s curiosity is piqued is also associated with anticipating rewards.

Put simply, learning something we didn’t know but are curious about gives us pleasure and satisfaction.

Viral content websites such as BuzzFeed and Upworthy employ this technique all the time when they write headlines like “You’ll NEVER Believe Who Taylor Swift Is Dating” and “You’ve Been Eating Banana the Wrong Way Your Whole Life”.

Now, unless Taylor Swift is dating Predator from Alien vs. Predators and the new way to eat bananas is through your nose—none of these two headlines can really have a resolution that’s truly unbelievable or revelatory, which is why they’re sometimes called “clickbait”.

But that doesn’t matter because it still works.

It’s a slippery slope though, so you need to be careful with it. Readers don’t like being cheated. If you write a headline that makes your readers curious, make sure you over-deliver on what you promised.

2. Use the Power of Negative

Contrary to what common sense may suggest, positive superlatives (such as “always” and “best”) when used in headlines, don’t seem to hold nearly the same interest in readers as negative ones. The average CTR of headlines with negative superlatives was 63% higher than positive ones.

Why this is happening is anybody’s guess but this is how Outbrain sums it up:

In a similar finding, Startup Moon analysed 100 posts on tech websites and found that using violent-sounding words such as “kill”, “fear”, “dark”, “bleeding”, and “war” in headlines led to a higher number of social shares.

Look at vintage print advertising and you’ll notice a fairly recurrent theme (apart from the fact that some of them were so politically incorrect by today’s standards)—most copywriters spoke directly to the audience using words such as “you” and “your”, almost as if they were having a conversation with them. New research suggests they may have been on to something. In a study conducted by the Norwegian Business School in Oslo, researchers tested the effectiveness of different headline styles on Twitter and a shopping website.

Researchers found that question headlines received 150% more clicks compared to statements and those with a self-referencing element such as “you” received 175% more clicks.

When we include words like “you” or “your” in a headline, we immediately turn a passive conversation into a dialogue and makes the reader feel known and named.

The other reason why this works is because it unequivocally addresses the strong need of self-interest in humans—one look at such a headline and you know what’s in it for you.

If you’re writing for a specific group of people such as “new investors” or “advertisers”, referencing that in the headline is a sure shot way to grab attention.

From an impromptu vacation to finding forgotten money in your old jacket pocket, pretty much all of us love surprises. According to multiple studies and researches, being surprised gives us pleasure, improves our mental health, helps us learn, improves our relationships, intensifies our emotions, and even slows down our perception of time. In a study conducted at Emory University, researchers split participants into two groups. The first group received a squirt of fruit juice into their mouths are regular intervals, while the second group of participants received juice shots at random intervals.

MRI scans revealed that the second group of participants registered higher activity in the reward centers of the brain.

According to Chip and Dan Heath, authors of Made to Stick: Why Some Ideas Survive and Others Die, surprise is one of the six principles of ideas that are sticky.

Surprise, which is essentially something unexpected or counter-intuitive, plays a big part in capturing someone’s attention—which is precisely the task a great headline must accomplish.

Here’s a practical example of this: Remember those strange emails during president Obama’s campaign that got everybody talking? Well, they worked. Most of the $690 million Obama raised online came from fundraising e-mails.

The reason they worked was because nobody’s used to receiving emails with subject lines like “hey” and “wow” from the top-ranking statesman of their country. Basically, it’s surprising.

Would your chances of reading this article been higher if the headline was: Some Ways You Can Use Psychology to Write Powerful Headlines? Probably not. A Conductor study finds that the more explicit a headline is, the more it resonates with the reader—numbered headlines being the most popular. Why is this so? What about numbered headlines makes us want to open, read, and share them? Well, turns out humans seem to have an inherent dislike for uncertainty.

In a study conducted by the Columbia University on the psychology of waiting in lines, it was found that people perceive a wait to be longer than it is if they are not told beforehand how long they need to wait.

On the other hand, if a patient in a waiting room is told that the doctor will be delayed thirty minutes, he experiences an initial annoyance but then relaxes into an acceptance of the inevitability of the wait.

Information helps us manage our expectations and consequently feel better and more secure about ourselves and our world.

I believe that nobody wants to write a bad headline. It’s impossible to be that lazy.

If you’ve put in the effort of writing a post, or authoring a whitepaper, or even composing an email—you can go the extra mile and write a killer headline or subject line to give it that push.

The problem comes when you either don’t realize just how important headlines are in the larger scheme of things, or, knowing how important they are, don’t know how to write better ones.

I’m hoping this post shed some light on how readers think and how you can use that information to write powerful headlines that compel people to open them.

If you found the information in this article to be useful, please consider sharing it on your networks. Or if you think I’ve missed something important, let me know in comments! 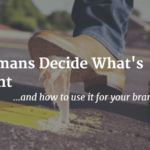 How the Brain Decides What’s Important 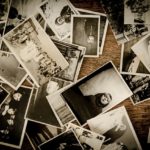 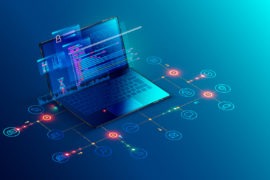 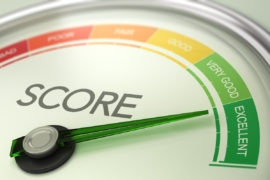 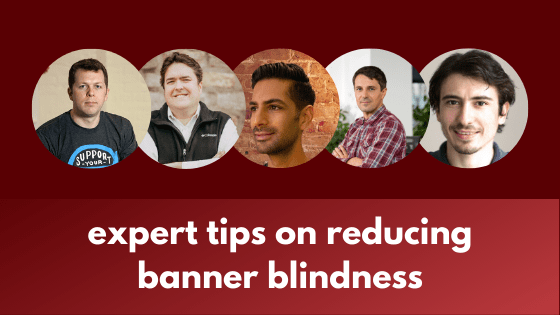