Even though the ad tech industry is collectively trying to fix the error of their ways—Better Ads standards are proof of that—it’s a “too little, too late” kind of situation. Adblock users remain staunchly unimpressed.

What a wonderful world – so different we can hardly imagine it. It’s only really popups and large sticky ads that are frowned upon by the Better Ads Standards, and only the spammiest sites have used popups in recent years.

Sure, the Coalition for Better Ads did their research, but most of it was aimed at fixing the obvious—finding and eliminating annoying ad formats. Unfortunately, online ads have become “annoying and intrusive” in a way that goes deeper than that.

Kantar Media conducted a study with over 5K+ respondents from five different markets, and found that “of those who always use an adblocker, almost half claim to like or tolerate advertising, suggesting that their concern is with aspects of online advertising, not with advertising itself.”

“I can accept the annoyance of online advertising, and even the detrimental effect it has on page loading times, because I understand that businesses have bills to pay and that advertising helps cover some of those costs. What I can’t accept is being stalked across the web by various ad-selling agencies using beacons and cookies, which in any other industry would be called ‘spyware’ or ‘malware,’ to track my every movement online.”

– AdBlock User (via The Guardian)

We take a look at some of the less obvious (but equally annoying) aspects of digital advertising that drive users to install AdBlock. We advise publishers to fix what they can and educate their audience about the rest before employing measures to recover any ad revenue lost to adblock.

If you browsed and/or bought some products online a few days ago, ads for those same products will follow you around the web. According to a HubSpot-Eyeo study (revealed at OMR 2018), 34% people said they find these ads creepy and intrusive.

Typically, retargeted ads are good to drive home a conversion waiting to happen. But for users who have bought the products already, these ads do nothing but broadcast their purchase history.

Brands could let converted audience opt-out of these ads, but there are hurdles. Even if they were willing to do so, lack of non-proprietary deterministic (i.e., cross-device or identity-based) data would prevent tech vendors / retargeters from implementing the feature across the board. That means users will still see the same ads on other devices.

Google—because it does have a lot of deterministic data—recently launched a feature that lets users mute reminder ads.

First, the tool will recognize your feedback on any device where you are signed in to your Google Account, based on your account settings. If you mute an ad for Snow Boot Co. on your smartphone, it will also be muted on your laptop.

Second, you will likely see Mute This Ad (feature) in even more places as we are expanding this control to work across more apps and websites that partner with Google to show ads.

On the whole, the industry is happy to keep monetizing the wasted, highly annoying impressions.

Thankfully, GDPR may be effective in putting a leash on retargeting to an extent. Publishers can do their part by working on tips outlined in our GDPR Compliance Checklist before May 25th deadline.

Adblock users may be persuaded to tolerate the disruption of ads for publisher’s sake (by whitelisting the site when prompted), but not if it’s to their obvious detriment.

Heavy ads and the strain they put on bandwidth is one of the reasons why mobile ad-blocking took off in the East (APAC)—mobile data is prohibitively expensive for users in these countries.

Publishers can ease some of the annoyance by optimizing loading time. Some tips to start with:

For all this trouble, publishers get higher viewability (which translates to higher vCPMs) and reduced bounce rate. Everyone wins (for once).

Every January, due to post-New Year Eve seasonal slump, publishers see an onslaught of forced mobile redirects in the form of ad (creatives) with malicious code that redirects users to a different (usually malware-laden) site.

“We see plenty of ‘vendors’ reaching out to programmatic-only publishers in January, offering to cut ‘direct deals’ in exchange for fixed CPMs, they provide an ad code that they insist needs to be ‘put directly on the page’. More often than not, this code turns out to be malicious.”

The Eyeo-Hubspot study revealed that 39% of users block ads out of security concerns.

But not all ad networks or exchanges are this meticulous.

Publishers will need to be constantly vigilant to prevent malicious ads from serving on their pages. Do your due diligence when signing up for a new ad network. Assess the sell-side vendors before authorizing them to sell or resell any inventory on your behalf. Use price floors to keep malverts at bay.

Some more tips are covered in our Publisher’s Guide to Ad Fraud Prevention.

This is something that the ad tech industry is doing something about, possibly because this mess is publishers’ alone to clean up.

There are no shortcuts, in our guide to creating an Ad-lite experience for adblock users, we mention that Google Display Network limits content-to-ads ratio to 70:30, regardless of screen size or fold. This is a good rule of thumb to stick by while creating and testing your ad layouts.

Google’s existing ad policies also prohibit a number of ad placement and formatting techniques. This is to ensure that ads don’t take up more than a certain amount of space on the page and are always clearly distinguishable from content (among other things).

Eliminating the worst of ad formats is barely scratching the surface. The issues that keep users blocking all ads are of the industry’s making. Marketers need to make ads relevant, vendors need to create solutions with clients as well as end-user in mind, and uninhibited data collection and sharing need to be reasonably constrained. Publishers, meanwhile, can respect the users’ wishes and clean up their own domains so users would feel at ease about returning the favor. Keep making interesting content and inform the audience about the necessity of ads. 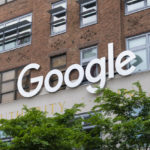 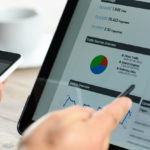 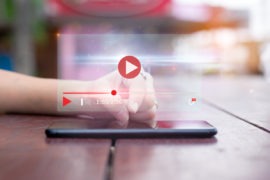 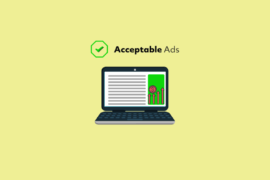 Acceptable Ads: How Does it Help Publishers With AdBlock Recovery? 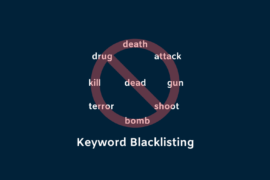 Keyword Blacklisting: Why Publishers are Losing Ad Revenue to It