Google Analytics Limits: 10M Hits, What to Do Next?

Your data volume (xM hits) exceeds the limit of 10M hits per month as outlined in our Terms of Service. If you continue to exceed the limit, you may lose access to future data.

Did you receive an email like this from Google? Don’t panic, you are not under scrutiny, yet. By sending you this email, Google wants to upsell you to the premium version of the Google Analytics called Google Analytics 360. Let’s unravel this message to better understand the reason.

What’s a property? A property can be a website or application with a unique tracking ID used to track user interactions in Google Analytics. One GA account can hold more than one property with different tracking IDs.

How to check the hit rate?

If you are exceeding the 10M hit number, then you will also see a warning under the hits asking you to update the Analytics subscription.

How Can I Get Rid of this Error?

But, Why Does Google Want You to Get Google Analytics 360?

So far, you’ve used GA for free which enabled you to track the users on your site. However, once you cross the 10 million number, Google asks you to get the premium version. This is because a website getting this much traffic consumes a lot of resources to keep track of the incoming traffic.

In response to this increased resource consumption, Google asks the publishers to get the paid version of Google Analytics.

But can a publisher refuse to subscribe to Google Analytics 360?

No. After reaching 10M hit, publishers must get the premium version of GA. Otherwise, Google will stop its Analytics services for the publisher’s site.

Alternative options: You can try reducing the number of hits (data) collected by GA. For instance, you can exclude hits via certain channels and responses on a few webpages. You can also move to open-source analytics tools like Snowplow Analytics to manage and analyze data the way you want.

Publishers can enable Google Analytics 360 subscription at $150,000 per year. However, the price can vary depending on the services added by the publishers. It’s recommended to contact Google to get the exact subscription amount.

Google Analytics 360 is much more than just an increased cap on data processing. For starters, it offers all other products under the Google Marketing Platform.

Here are some features of Google Analytics 360:

What Are the Other Google Analytics Limits Imposed by Google?

There is always an upper limit set to the data processing when using Google Analytics. Here are some of those limits:

These limits can cause problems for publishers with a huge site/app traffic. However, in such a case, you can contact Google and upgrade your account.

If you currently have good site traffic which will soon reach the 10M hits number, then it’s time for you to start preparing for the GA360 upgrade. And with that much traffic, you would probably require the support of GA360 to understand your users better.

Pros and Cons of Running Retargeting Ads for Publishers

How Publishers Can Determine the Value of Their Ad Inventory 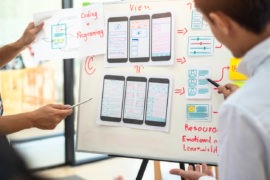 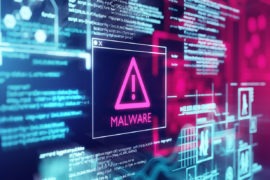 Ads with Malicious Redirect: Potential Risks If Your Ads Are Being Hacked