This is a guest contribution by Paul Jacobson, Content Marketing Strategist at imonomy interactive, an in-image advertising technology solution provider.

Traditional banner advertising has been the mainstay of online publishers and advertisers for decades, but that is rapidly changing.

What we’re seeing now is a strong and multi-faceted shift away from banner ads to a growing number of next-generation online monetization and traffic generation options that you should explore if you haven’t already.

Here are some advertising trends that are changing the way publishers and advertisers work together to create value for themselves and the users.

Native advertising is one of the most misunderstood advertising categories. Everything and anything seems to be included in this category but what everyone seems to agree on is this rough definition which you may have read in another post on this blog titled Native Advertising: Everything You Ever Wanted to Know:

“That core definition of what native ads goes something like this: Native ads are a form of advertising that matches and blends in with the medium it appears on. Ads use the same form as the content contained in the medium. For example, an ad can be a written article in the same format of editorial articles appearing in a magazine or on a website.”

Once you find the production environment that works effectively for you, the opportunities are probably limited only by your budget and creativity:

Part of what The Times is trying to do is find ways to make digital advertising palatable, even attractive, to consumers. The message has come across loud and clear that a great deal of digital advertising — pop-ups, screen takeovers and the like — is intrusive and obnoxious, and people hate it.

“Ad blockers are a consumer revolt,” Ms. Kopit Levien, (executive vice president and chief revenue officer of The New York Times Company) said. The alternative, she said, is to provide a better ad experience. Ms. Kopit Levien often uses two examples to make the point that advertising can be something positive: Super Bowl ads, one of the most talked about parts of the annual football extravaganza; and the fashion advertising in Vogue that is an essential part of the reading experience.

The piece titled Grit and Grace (Paid Post by Cole-Haan From The New York Times) is a remarkable work in its own right and when you consider that it is also an advertisement, you can see just how effective and engaging native advertising can be when it is done imaginatively and creatively.

The Times has reported that native ads sales are growing well despite poorer performance in other areas and this supports a general trend with native ad sales, generally.

Content recommendations are a popular option for publishers who want to drive traffic to their websites.

The way this works is that you sign up with companies such as Taboola and Outbrain and create advertising campaigns for content you want to promote. Your content is then promoted in widgets that publishers place on their websites.

These widgets have different names depending on the site you are visiting. The widgets tend to be available through high-traffic websites so these ad products (these are not ads in the sense of banner ads but they aren’t quite native advertising either) can be very effective at driving significant traffic volumes to websites.

According to our Marketing Manager, Tom Blotman:

What is great about these services is that you can create multiple variations of the listings for each content item and test headlines and thumbnails across multiple geographical regions.

Content recommendation services aren’t going to solve all your problems. They are great options for building traffic to your site but you need to retain those new visitors after they have their first taste of your site and that requires great content and lots of it.

This is also a great option for highlighting specific content and generating interest in the content in a very short time period. It’s important to target the campaigns carefully and make every cent count.

It is also a good idea to pick an appropriate content recommendation service based on the kind of traffic you want to your site. Outbrain reportedly delivers better traffic in many instances and a Moz comparison of Taboola, Outbrain and nRelate (the latter subsequently shut down) supports this, to a degree, with a higher average number of page views and lower bounce rate for Outbrain campaigns.

While we did use separate platforms for different verticals, clients and niches, visitors coming from Outbrain tended to be more engaged. Typically these visitors from Outbrain were also more familiar with those brands and were not new visitors. We typically used Taboola to promote newer clients with less marketing reach and therefore the higher new visitor percentage and bounce rates are to be expected.

Despite banner advertising’s general trend downwards as an effective advertising medium, in-image advertising is a proven and effective option for websites that use images in their website content.

Articles with images attract far more attention than text-heavy posts. The difference could be as much as a 94% difference in how much engagement your content could expect just by including strong visual elements into the mix.

The iab revealed results of in-image advertising tests conducted to measure factors such as click-through rates and brand awareness lift.

The findings were pretty impressive then (the report was published in March 2014): CTRs of around 1.28% and general brand awareness lift of around fivefold on the industry average.

You can test this on yourself. Glance again at the screenshot above and see which ad caught your attention first? The banner ads on the right and top or the ad superimposed on the Mercedes fuel cell car? (This is a demo from our site but it is based on real-world implementations of one of our in-image ad products.)

In-feed ads are another interesting option which you have almost certainly seen in one or more of your social feeds. They appear as “native” updates with an innocuous notation indicating they are ads.

They are not native ads in the sense I discussed above but they do look like updates that your friends or people you follow would have published.

This format is proving to be pretty successful and a report titled A Neuroscience Perspective and commissioned from Nielsen by Sharethrough provides interesting insights into what Sharethrough describes as “native ads”.

These “native ads”, in the context of the report, are more a reference to in-feed ads. To put the report in context, bear in mind that Sharethrough describes itself as “a software company that enables leading websites and apps to manage their in-feed, native ads”.

To begin with, the report indicates that this ad format receives about twice as much visual focus compared to banner ads.

Interestingly, the report indicates that users focused more on the text in the “native ads” than they did on more visual banners:

Native ads offer marketers a higher level of reader attention. Visual focus is concentrated on native ads, specifically the text, more than on banners. This direct focus on the ad can help to form associative networks of words and brand assets in the reader’s mind, subconsciously influencing and strengthening brand perceptions.

On Thursday, Quixey announced the release of Deep View Cards, a technology that generates dynamic creative in-feed ad units that mimic an app’s native UI and user experience. The product, now generally available, was in closed beta for the past six months.

Deep View Cards are based on the same concept – native widget-like units that update in real time.

The ad units’ ability to update based on changing circumstances keeps the ads presented far more relevant than static alternatives (although more static options like Facebook’s and Twitter’s can be targeted based on very specific data sets the two social networks have access to).

The Future of Advertising is Bright

The adblocker furore has certainly challenged assumptions about online advertising effectiveness although the roots of this stretch back to increasing dissatisfaction with traditional banner ads and their lagging performance.

Rather than collapse under the weight of consumers’ resistance to annoying ads, advertisers and publishers are innovating rapidly and, in the process, are coming up with very interesting and effective next generation online monetization options such as the ones we briefly explored above.

The future for online advertising can be bright if publishers and advertisers make smarter choices. These advertising options are great starting points. 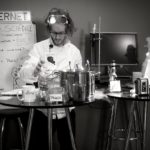 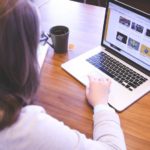 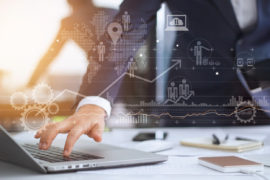 What Is A Customer Data Platform? 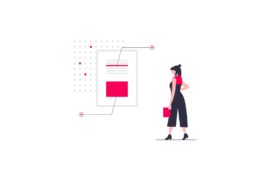 What is DOOH Advertising & How Does it Help Scale Your Business