The Future of Ad Tech: VR, AR, and Location-Based Targeting

Despite global ad spend expected to cross $200 billion this year, an overdependence on display advertising has cost both advertisers and publishers dearly over the last few years.

With problems such as banner blindness, ad blocking, and ad fraud plaguing traditional display ads, tech giants have been working on the future of ad tech: Delivering better, less intrusive, and in some cases—more interesting and engaging ad experiences using emerging technology.

Here are three such technologies.

Virtual reality is hardly a new concept, and has been around in some shape or form since decades, but it’s only in the last few years that it’s really beginning to go mainstream. Wikipedia defines it as a computer technology that uses virtual reality headsets to generate realistic images, sounds and other sensations that simulate a user’s physical presence in a virtual or imaginary environment.

As a prelude to actual VR projects, YouTube first launched 360° videos that many brands have since experimented with, for instance, this AT&T video about road safety.

At the same time, Google launched Cardboard and positioned it as a low-cost VR kit that users could use with their existing mobile devices to experience virtual reality. Since its launch, Google has shipped 10 million Cardboard VR headsets—demonstrating the market for VR tech.

Now with Microsoft finalizing its Hololens concept, Samsung launching Gear VR, Facebook-owned Oculus with its VR headset Oculus Rift, and Google unveiling Daydream—a full-fledged VR solution complete with dedicated apps in the Google Play Store, it’s clear that these tech giants are now locked in a head-to-head fight to create and capitalize on their own virtual reality environments, much like they once competed for the search market.

What does all this have to do with advertising? Well, last year, Google first hinted at the possible use of virtual reality in advertising in a post that touches on VR and brand concerns.

It’s still early days, but virtual reality is quickly gaining mainstream attention. Global search interest on Google grew by nearly 4X in the last year. The technology has the potential to change our daily lives—from how we communicate to how we spend our leisure time.

Last month, in a post on the Google Developer blog, it was revealed that Google is experimenting with a new cube ad format that uses virtual reality to deliver ads.

Developers and users have told us they want to avoid disruptive, hard-to-implement ad experiences in VR. So our first idea for a potential format presents a cube to users, with the option to engage with it and then see a video ad. By tapping on the cube or gazing at it, the cube opens a video player where the user can watch, and then easily close, the video.

Given that these are still nascent days for virtual reality, the cube from Google is just the first step for VR-related ad tech, it’s easy to imagine many newer ad formats emerging over the next few years as virtual reality really takes off and gains mass acceptance.

Forbes recently ran a banner ad powered by Blippar’s ARDP technology, where a user could click on a banner, this action would then replace the screen with the interiors of a car. The user could then move the phone around to explore the interior from different angles, and if camera access is granted—view the real world from inside the car. Obviously, this is a huge step up in terms of providing a more immersive ad experience compared to a typical banner ad.

Since then, Facebook has released Camera Effects Platform, an augmented reality project that developers can use to build apps that enhance camera functionality by adding information layers and digital objects. Since a major chunk of Facebook’s revenue comes from advertising, the new augmented reality platform is expected to include new ad formats.

The Camera Effects Platform turns smartphone cameras into the first AR platform, providing an opportunity for artists and developers to create effects for the Facebook camera. Included with this new platform are two creative tools, Frame Studio and AR Studio, that give the Facebook community the power to create a full spectrum of camera effects, from simple frames to interactive augmented reality (AR) experiences. This platform empowers artists and developers to connect art with data to bring AR into everyday life through the Facebook camera.

In some aspects, Google Glass was the first ambitious augmented reality project, which failed to take off due to lack of traction, but that hasn’t stopped other developers from working on it.

Apart from the message, advertising is a lot about timing, if you manage to deliver the ad at the right time and place—closing a sale becomes that much easier.

Location-based targeting works on the assumptions that almost everyone has a mobile device these days and most mobile devices have GPS-based location tracking. The ad may be sent via text or even a banner.

Imagine you’re walking through a shopping arcade and receive an ad about 30% Off Season Sale on Reebok just as you’re passing by a Reebok retail store, obviously, this is significantly more compelling than a random Reebok banner ad that you may see and forget.

That was a hypothetical example but this is pretty much how it functions in the real world. Starbucks experimented with location-based text ads way back in 2014, alerting users close to a Starbucks outlet to drop in and avail a special discount. According to Starbucks, the probability of a prospect walking in increased by 100% after seeing the ad.

Here are a few distinct advantages of location-based advertising:

At one point in time, mobile phones used to be a novelty item. Now most of us can’t function without one. All these technologies are at different levels of evolution, but considering that some of the biggest companies are betting on them—it’s easy to imagine them going mainstream within the next few years.

To some, ads that scan your eyes for movement and track your location data might sound like an Orwellian nightmare, but if there’s anything advertisers have learnt from banner ads and ad blocking—it’s that you can’t advertise to an angry and annoyed audience, which is why the focus is now on creating less intrusive and better-targeted ads experiences from the ground up. 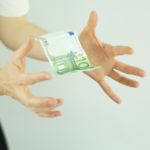 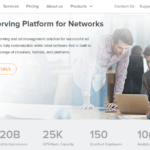 Everything at Hand: A Review of Epom Ad Server for Publishers