5 Psychology Studies That Will Make You a Better Blogger

You’re a blogger who writes with the utmost passion to fulfill the needs of your readers. Writing for years, you’ve been able to hone your craft and write headlines so catchy that Buzzfeed would be envious of your writing skills. Everything is going well, but you want to dig deeper.

What can you do to become a better blogger?

Perhaps one thing you may have missed is psychology. Have you ever stopped to think about what makes humans “tick.” It can be anything from using pain points to relate to a reader or something as simple as adding whitespace.

Here are some psychology studies that can help you become a better blogger.

Conducted in Canada, the study showed that:

The study was based on a marketing perspective, but as a blogger, you too must realize that you have to grab the attention of your readers quickly or risk losing them for good.

You can grab your reader’s attention by:

If you go off on tangents and just start rambling on in the beginning of your posts, you need to fix that and try to get to the point much quicker. Tell the reader what you’re going to be covering within the first few paragraphs of your post. Your post’s title should also reflect the main subject of your post to entice the reader to click.

Alex Laskey is a founder of Opower – a SaaS company. Laskey conducted an important internal study on the psychology. Everyone wants to save money on their energy bills, right? Alex, like many others, believed that telling people they could save money directly would lead people to use less energy.

Using 3 headlines, Alex stated that “You can:”

All compelling messages – that, get this, didn’t win over customers. In fact, there was no substantial difference in energy usage when any of these 3 headlines were used. An additional headline was added to the mix: Your neighbors are doing better than you.

[easy-tweet tweet=”The power of social pressure can be used to get people to take action when other methods fail.” user=”adpushup” usehashtags=”no”]

We can gather that people either:

So, how in the world does this relate to blogging?

When writing for a corporate blog or for a business, it’s time to start incorporating other people’s experiences into your products or services. The experience that others have had is a form of social proof that triggers action in the mind of the reader.

Headlines are especially powerful when trying to get people to sign up for your newsletter. A message, such as, “10,736 people have learned how to make more money than you using the secrets in my newsletter,” uses this “social proof” or psychology to get people to take action.

You can do this all throughout your blog, or for your sponsors or own products.

Self-censorship may be holding you back from writing your best blog post ever. A study conducted on Facebook shows that people who use Facebook often censor their own posts. This happens on websites and blogs too, and it’s an important look into the mind of a writer.

People often self-censor face-to-face, and this has a lot to do with self-image and trying to keep a consistent representation of yourself online.

[easy-tweet tweet=”Too much self-censoring can strip your writing of your unique voice — the stuff that people get drawn to most.” user=”adpushup” usehashtags=”no”]

Conducted on 3.9 million Facebook users, the study demonstrated that:

The final hypothesis is that 100% of users censor their posts at some point.

It’s a natural tendency to hold back some of the feelings or thoughts that we have. After all, you’re a blogger trying to cater to a wide audience, and you don’t want to offend any of your readers.

But, are you putting passion and opinions in your posts?

Much of the passion we have as humans is derived from our own personal opinions. This is what differentiates one blogger from another. Passion adds that little edge to your writing that attracts readers and discussions on the Internet.

Before you hit “publish,” sit down and think if you’ve censored yourself in some way. If you’ve been self-censoring too much, sit down and determine if it really necessary. Readers want to know what the writer really thinks about something, and if you’re self-censoring, you’re holding back on what makes your writing yours.

The mere exposure theory, also called the familiarity principle, was first witnessed by psychologist Robert Zajonc. Zajonc conducted a study that showed participants Chinese characters (none of the participants knew Chinese). Each character was showed 1 – 25 times, with the participant guessing the meaning of the character.

Interestingly, the study showed that after mere exposure, the participant gave the character a more positive meaning. The same results were achieved when an object was flashed on the screen for just a millisecond.

[easy-tweet tweet=”The mere-exposure effect states that people tend to develop a preference for things merely because they are familiar with them.” user=”adpushup” usehashtags=”no”]

The mere-exposure theory should tell you that as a blogger, it’s okay to revisit topics. In fact, you can convince your audience on your point of view, or have your audience view a specific subject matter or idea more positively when they’ve been previously exposed to it in the past.

Oftentimes, writers are afraid of becoming too repetitive in their writing, but it may solidify the “comfort” of a topic.

Mere exposure is something we see in our everyday lives. How many times have you hated a song that came on the radio, and then a few days pass and all of a sudden you find yourself listening to this song. It is all about mere exposure.

As a blogger, don’t be afraid to link to older posts to promote them to an audience or revisit topics you think can be expanded upon.

Even on your social media channels, you can repeat your message or share the same content with positive results from your audience.

Information has never been so readily available. You can read news from all over the world, search for articles on advanced particle physics or even learn new words in a different language. For most people, all of this starts with a Google search. A study on how Google has changed the way people retain information is quite interesting.

The study showed that people will forget information that is easily found online. Published in 2011, four experiments were conducted on students from Columbia and Harvard University. Smart, intelligent participants would remember where to go to find information rather than remembering the information itself.

For example, students were told in phase two of the study that they were going to be asked questions divided into two groups:

The questions students weren’t allowed to look up online had a much higher retention rate than those that were allowed to be searched online.

All phases of the study tested the memory of the students and found that the Internet is a transactive memory.

[easy-tweet tweet=”People don’t retain information they can easily find online, so as a blogger, you need to give them something that they can’t.” user=”adpushup” usehashtags=”no”]

The Google Effect shows that easy access to information has created a dependency on search engines. Your readers know that they can easily find information online, so they naturally do not retain information as easily as they once did.

You can use this as an opportunity to educate your readers with unique information. As a blogger, this should make you strive to be better. In fact, it necessitates it in a sense.

If you write content that simply isn’t different, your readers will know that they can find it whenever they want on Google; it’s all too easily accessible. If you want your readers to come back and remember your website, it’s time to think outside the box.

The study shows that people will go back online to find the “fine details” on a topic, so lure them in by being the definitive resource on a specific topic.

Unique, high-quality information is exactly what your readers want. Dare to be different whether it be in your approach and writing style, or the topics that you cover.

Being different gives you the advantage of being memorable to your audience and Internet users in general.

Psychology plays a vital role in everything we do in life. While reading blogs may be a small portion of a person’s life, writing is an art, and the psychology of us as people can help you become a better blogger.

There are countless studies on the human mind and how we behave. I recommend you read a few priceless articles that can help you with both marketing and design:

How do you use psychology to be a better blogger? Let us know in the comments. 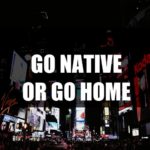 Native Advertising: Everything You Ever Wanted to Know 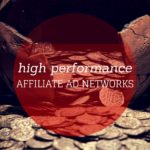 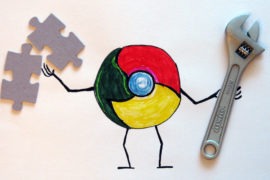 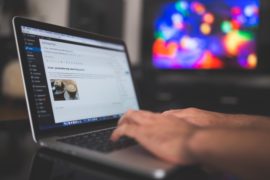 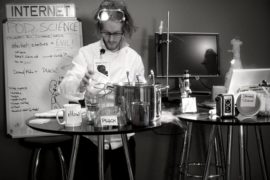