What is an Ad Server and How does it Work?

Adtech is clearly more than trade between publishers and advertisers. It takes constant effort to show only relevant ads to users.

If you are part of the adtech ecosystem, then you would realize that showing relevant ads in less than a thousand milliseconds is easier said than done.

Hence, we have multiple solutions (like ad networks, ad exchanges, and ad servers) to make it possible.

We have already covered ad network and ad exchange in our previous blogs. Here, we will focus on the ad server, it’s working, and it’s use in an ad ecosystem.

What is an Ad Server?

Ad server is a service/application that places targeted ads on your website(s) depending on the instruction received. It uses a server to store various types of ads and deliver them as per the user’s online behaviour.

Apart from putting ads on a site, it also manages bits of both buyer and seller side tasks. And mostly benefits the advertisers by monitoring the clicks from users and store data of their online behavior.

It can be designed in-house or managed by a third-party firm, depending on your requirements. Most ad exchanges and ad networks offer in-built ad servers along with their other services.

It makes easy for publishers and advertisers to keep their focus on other important tasks rather than looking for the server.

How Does an Ad Server Work?

Ad servers are involved in almost every step of the inventory selling process. Hence, to understand how it works, let’s get to know about the involved steps:

When a user visits the publisher’s site, the ad tag placed inside the ad unit, calls out to ad server. Based on the types of deal publisher is running, the ad server makes the decision to share the details of the ad unit with demand-side.

One thing to notice here is, not all the inventory of publisher is pushed for auction, Hence, in cases like programmatic guaranteed, publishers pre-negotiates the deal with advertisers, and in such deals, it simply places the pre-configured ad creative rather than going to the later steps involved in real-time auctions.

After being called by the ad tag, the ad server has to decide what type of ad units are available. For instance, if this is a pre-negotiated deal, then advertisers creatives will be placed.

If this is an auction-type ad unit, then an ad request will be generated and forwarded to demand-side to bid on. After receiving the bids, the ad server will compare them and choose the winner.

First-Party: These are the ad servers hosted on a publisher’s server to serve advertisers ads. It streamlines the process of selling ad slots to advertisers.

Deciding which ad server to go for can be difficult, you would want to choose the right company with the desired services. Signing up with an ad server isn’t something you should do casually.

It’s best to thoroughly look over the tools, features and price plans offered by each. It’s also good to look for comments, reviews, and testimonials written by existing customers. All of this can help you decide if a particular brand is right for you.

With this in mind, let’s look at some of the leading brands.

Since Google is involved in almost all the aspects of digital advertising, ad server is no exception. DoubleClick for Publishers (now rebranded as Google Ad Manager) is the simplest one around, which makes it ideal for someone just starting out with this type of service.

Another big advantage is that it’s free. It also integrates with AdSense, so it’s the obvious choice for anyone who relies heavily on Google ads for advertising.

Learn more: 6 DoubleClick for Publishers Case Studies to Learn From

OpenX provides many of the same benefits as larger and better-known companies. It’s possible to geo-target ads, keep track of statistics and manage your inventory.

OpenX also supports video, newsletter and mobile campaigns so you can create ads in many different formats, for your advertisers.

There is a certain learning curve with every ad server, but some can be quicker to master than others. OpenX could be structured more simply and intuitively.

Kevel is a suite of APIs that make it easy for engineers to design, build and launch a fully-customised, server-side ad server.

Kevel has done a great job becoming the go-to solution for enterprises who want a customized solution (like Bed Bath and Beyond, TicketMaster, and EllieMae), but as they are API-driven, you have to be okay dedicating engineering resources to going live. Kevel is so far doing an impressive job at serving the needs of its publishers and has no obvious flaws.

How to Decide Which Ad Server is Right for You?

For small businesses with a limited budget, it would be better to do some testing before using an ad serving technology. Do understand that it too requires time and money to get started with. Ad servers do, after all, demand a certain investment in terms of time and money.

However, when you are ready to scale up the monetization efforts, ad server can help you increase your yield for better return of investment. For new publishers, it may take some time to learn the ins and outs of servers (unless you outsource this). Although, once you figure this part, it will be more efficient to manage your ad inventory.

Once you decide to get an ad server. Start by making a list of server names based on your requirements. We have mentioned some above, you are free to look for better options depending on your geographical location.

Many ad servers offer free memberships (like AdSpeed AdServer) so you can try out the technology without too big of a commitment. Also, there are others that provide self-hosted ad server codes to publishers. Anyhow, you are investing your advertising dollars so you should do your research before making even this move.

Even though these servers give you a great deal of power and leverage for your advertising campaigns, you have to realize that they’re not a magical solution. It’s still up to you to come up with effective ads and figure out the best target audience.

Ad servers do, however, make it much easier to test and track your results. You can gain valuable information a lot faster using it than you could on your own.

Investing in ad serving is a big step for any business, and it’s something you should think carefully about and research before starting. You may find, however, that it’s the next logical step for growing your business.

What does an ad server do?

Ad servers make instant decisions about which ads to display on a website, then serving them. In short, they are used to serve and store ads.

What are 3rd party ad servers?

3rd-party ad server are used by the advertisers or demand side of ad servers. The owner of this server only provides creatives and doesn’t have direct access.

What are the best ad servers?

Some of most popular ad servers are:
DoubleClick for Publishers (DFP) Owned by GoogleAppNexus.
Smart
EPOM
Kevel (formerly, Adzerk)
AdGlare 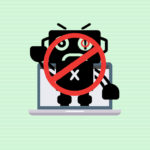 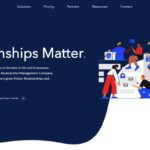