In this blog, we are sharing information on what does DoubleClick DFP meaning for Publishers and why it is the simplest method of ad monetization.

If you are receiving more than 5 million pageviews, the time is ripe for moving on to DoubleClick for Publishers (now Google Ad Manager).

Most bloggers and online publishers understand how AdSense works, part of its universal appeal lies in the fact that it’s probably the simplest monetization method that exists — you just have to create an account, set up a few ads, and you’re ready to go.

This is where ad exchanges and ad servers come in.

Google itself has an impressive set of products for publishers that commonly get overlooked because they just sound complex. For instance, most have heard of DoubleClick for Publishers (DFP), but few know how it works.

Here are a few common questions that publishers have in mind about DFP, along with simple explanations that will hopefully take the complexity out of the whole thing:

What is the Meaning of DoubleClick for Publishers (DFP)?

DoubleClick for Publishers (DFP) is an ad management tool that allows publishers to sell, schedule, deliver, and manage their ad inventory. Google has now rebranded DFP as Google Ad Manager (GAM), a unified platform to manage all our ads in one place.

Since it’s built and managed by Google, you can expect an intuitive user interface and robust functioning that you’ve likely experienced with AdSense. Moreover, DFP gives you deeper control over your ad inventory and significantly better ad management and delivery options.

Before we move forward, do you know all the jargon used in DFP? No? Here is a glossary to help.

How Does DoubleClick DFP Work?

DFP is a hosted ad server, meaning that it acts as an intermediary between your ad inventory and the ad networks and advertisers that want to purchase your ad space.

With advanced features such as ad trafficking and delivery, inventory management, revenue optimization, inventory forecasting, and granular reporting, DFP provides an entire toolkit to publishers for delivering ads on their web, mobile, and video ad inventory.

A full feature list of DFP is available on their website. You can sell ads directly or deliver them using AdSense or any other third-party ad network.

Why is it Better than Other Ad Servers?

A key factor that distinguishes GAM from other ad servers is that its Google Adx dynamic allocation setup is unmatched in the industry. Dynamic allocation is basically an automated choice and checks if an Ad Exchange ad or a third-party ad should run.

Publishers using DFP get the advantage of knowing exactly how much they will be earning through an AdX advertisement.

Through DFP, an AdX ad will only be served if it is the highest-paying bid. Otherwise, DFP will serve a third-party ad that pays more.

In this sense, DFP essentially complements Ad Exchange and helps publishers get the best out of this solution.

Also read: Everything You Need to Know About DFP Dynamic Allocation

What are the Features of DoubleClick DFP for Publishers?

If you’re just starting out with online publishing, and have limited traffic, then DFP may not be the best tool for you — you would probably be better off using AdSense, perhaps in concurrence with another ad network, affiliate network, or content recommendation system.

If, however, you receive a lot of traffic and wish to try complex auctions (like header bidding or open bidding) and/or sell inventory directly to advertisers, you could consider trying DFP.

Keep in mind DFP is an advanced tool, and it will take you some time to navigate it entirely and make full use of its many features. You can start with product training provided by Google to unlock all the features.

In case you’re not ready to put in the time and effort, then we recommend you to get in touch with a Google Certified Publishing Partner (like AdPushup) to help you with your Ad Manager (DFP) account.

Other reasons why you may wish to work with DFP include managing multiple networks seamlessly and great control over when, where, and to whom your ads deliver.

Also read: A Guide to Ad Testing in DFP

How to Get Started on GAM (previously DFP)?

After you have figured out that DoubleClick for Publishers is the right platform for you, you will need to sign up and create an account on GAM.

Also read: DoubleClick for Publishers Case Studies to Learn From

How is DFP Different from AdSense and AdX?

AdSense is a part of the Google Display Network (GDN) that serves contextual ads. Google Ad Exchange, on the other hand, is an ad exchange that allows publishers to sell their inventory directly along with ads that are displayed from the GDN.

However, if you sign up with Google Ad Manager to access DFP, you can apply for AdX and manage it on the same GAM dashboard.

There are some other crucial differences between AdSense and AdX. For instance, AdX allows publishers to set up complex deals like programmatic direct and programmatic guaranteed. Whereas, with AdSense, no such deals are allowed.

DFP, in contrast to both, is a platform that allows the serving and management of ads from different sources, in and of itself, DFP wouldn’t be able to do anything for your website — to make DFP work, you have to connect it to the right sources.

Also read: How to Use Google Ad Manager with AdSense and Ad Exchange

Can I Use Other Ad Networks in Parallel with DFP?

DFP does not demand exclusivity, so you are free to use it along with any other ad management or ad-serving product. This is great news for publishers who like to keep experimenting with their ad layout to optimize their revenue.

All in all, DoubleClick for Publishers is a great step up for any publisher with a growing operation that requires a higher level of customization and freedom to experiment — it’s completely free, loaded to the brim with advanced features, and the best part is, if it doesn’t work for you, you can switch right back to whatever network you were using anytime you want.

What does DFP stand for?

DFP stands for DoubleClick for Publishers. Now it is a part of Google Ad Manager that comprises both DFP and DoubleClick Ad Exchange.

Do I need an AdSense account to use DFP?

Yes. Although you don’t necessarily need to serve AdSense ads on your website through DFP, connecting the accounts is a mandatory step to join DoubleClick for Publishers.

Can I serve AdSense ads through DFP?

Yes, you can! Google Ad Manager (DFP) allows publishers to add AdSense and AdX to various line items and make them compete for better bid pressure.

Another great thing about DFP- AdSense integration is that in case your ad inventory is going unsold for some reason, DFP will automatically fall back on AdSense to fill up the unsold inventory- ensuring that your ad space doesn’t go to waste.

Is Google DFP free to use?

GAM for Small Business is free to use and built for publisher who needs a self-managed ad server to better manage their inventory. On the other hand, Google Ad Manager 360 is a paid solution intended for use by large publishers with complex sales operations and dedicated sales teams who need advanced customization and consulting services.

What policies do I have to adhere to?

Just like any other ad platform, DFP comes with its own set of rules and stipulations that publishers need to adhere to for avoiding the risk of account suspension by Google’s policy enforcement team.

Most polices are pretty common, such as “not using artificial means to inflate impressions, conversions, and/or clicks”, which is something any publisher who has worked with AdSense, ow any other network for that matter, would already know.

Other policies are not so obvious and need more careful reading. You should definitely read the platforms program policies before getting started with DFP. It’s better to be careful first than having to deal with a suspended account. 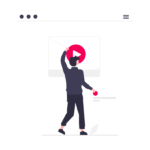 Ad Tech Trends That We Can Expect in 2023 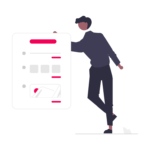 What are Vignette Ads? How to Utilize Them for Revenue Increase 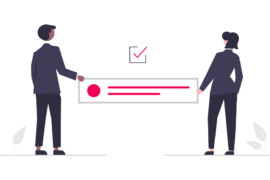 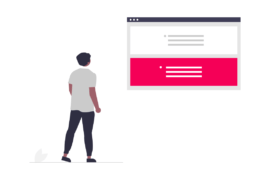