In this post, we’ll explore some of the most popular ad serving platforms and help you to decide which one is best for you.

Running ads is one of the main ways websites monetize their content. And advertisements need to be managed, replaced and tested constantly for improvement. This where an ad server comes in. It helps webmasters manage all of their ad space on one or more sites from one central console.

In this post, we’ll explore some of the most popular ad serving platforms and help you to decide which one is best for you. But, first let’s understand how ad servers work in a little more detail.

What is an Ad Server?

An ad server stores information about ads and delivers them to one or more web sites for display to visitors. Ad servers also track ad displays, clicks on ads, and generate statistical reports. Ad servers can also selectively display ads to site visitors based on predefined criteria.

Here are the most popular hosted ad server platforms.

Kevel is a suite of APIs that make it easy for engineers and PMs to design, build, and launch a fully-customized, server-side ad server. Sold as an infrastructure-as-a-service for enterprises, plans start in the $3K-$5K/month range and scale based on needed features and monthly request volume.

Kevel is highly scalable, extensible, and versatile. It is better suited for large publishers/enterprises that have technical staff on hand. They are a major player in the ad server space.

DoubleClick for Publishers is one of the easiest ad server platforms to use. Whether you’re just starting out with ad serving or if you need extensive reporting, this may be the ad serving platform for you.

OpenX Ad Server started out many years ago as an open source self-hosted ad serving script. Over the years, they moved away from being open source to being a paid hosted service. The original self-hosted open source script was reborn as a free product named Revive, which we look at that one a little later in this post.

OpenX is aimed at the larger publisher that serves a high number of ads per month. They seem to be secretive about pricing, but we did manage to find a few quotes others have received from the OpenX sales team.

The fees we heard are the following: $1,000 setup fee, minimum monthly fee of $1,200 (includes 50 million ad impressions), and $17.50 per 1 million ad impressions over the 50 million per month. We’ve also heard that recent quotes are even higher. One source said they were quoted a $20,000 setup fee and much higher monthly fees. As you can see, OpenX is not an entry level ad serving platform.

If you are a large publisher that needs fast and extensive support, you may want to consider OpenX Ad Server. If you’re a small publisher or have a low ad budget, then OpenX isn’t for you.

One word of caution. If you read comparison articles about ad serving platforms, the majority are comparing the old open source OpenX and not the new hosted incarnation of OpenX Ad Server.

The Broadstreet Ad Server hosted service was designed for the needs of news sites. It can also be used on other types of websites, though. This ad serving platform is an affordable option for small publishers.

If you are a small publisher or just starting out with ad serving, Broadstreet should be on your list to check out. Sign up for a free account and see if it has the features you need.

adColt is a white label ad serving platform. Their pricing is straight forward and the service is feature rich. This one is suitable for both small and large publishers. adColt also has click-fraud monitoring and live email reporting.

Pricing is a flat .02 CPM regardless of the number of ads you serve.

This ad server platform has a lot of features at a reasonable price. If you are a small or medium size publisher or need a white label solution, we would recommend that you check them out.

AdButler has been in the ad serving business for over 14 years now. It boasts an impressive list of clients that use their hosted service including Microsoft, MTV, IBM, Hewlett-Packard, and Allstate. They have extremely fast ad delivery and can handle custom ads of all formats.

AdButler has plans starting at $9.95 per month plus .25 per thousand ads delivered.

AdButler is a good choice for both small and large publishers. Small publishers can take advantage of the scalability this ad delivery platform offers. Make sure you add this to your list of hosted services to try.

Epom’s cross-platform hosted ad server has been on the market since 2010. It is aimed at ad networks and agencies but works just as well for publishers and advertisers.

It’s not the easiest platform to use, but it avails an extensive range of features at competitive prices. For medium to large publishers with multiple domains to manage (and an ops team at hand), Epom is definitely worth a shot

Now that we have looked at hosted ad server platforms, let’s move on and take a look at some self-hosted options.

Here are the most popular self-hosted ad server platforms. Let’s take a look at them and explore the pros and cons of each.

Revive Adserver is a free and open source ad serving script. It has a long history and has gone through several name changes. Its last name was OpenX Source. Even with all its bugs it still remains as a popular choice.

This script was originally a fork of phpAds called phpAdsNew. Who knows how many more name changes are in store for this script.

If you’re technically inclined and can fix your own problems, you should give Revive Adserver a spin. Just be prepared to dedicate an entire server to its use.

Revive Adserver is a powerful script but has a big learning curve. If you give it a try, be prepared to have a few sleepless nights learning how to use it.

OIOPublisher can be installed as a standalone program or installed on a WordPress site. It costs $47 and the license covers all of your websites.

If you need a basic ad server with just the basics, then OIOPublisher may be the best choice for you.

Now all that is left to do is start comparing your choices and narrow it down to the best ad server platform for your needs. You may want to try several and then make your final decision.

Publishers and advertisers use ad servers to optimize, manage, and distribute ads across multiple paid channels.

2. How do ad servers make money?

Ad networks make money by taking a cut of the ad revenue, or by marking up inventory before selling it. Using the campaign panel of the ad network, the advertiser can monitor and manage the ad’s performance.

Anyone with a large display ad inventory to sell or to serve should consider an ad server. All aspects of your advertising strategy are controlled by your ad server. 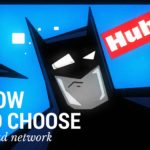 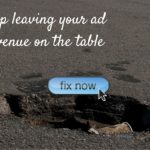 How to Maximize Your Ad Revenue in DFP 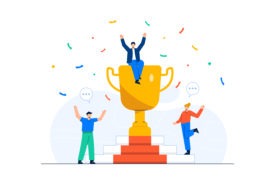 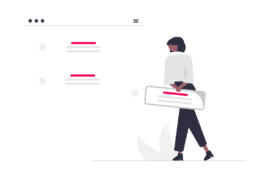 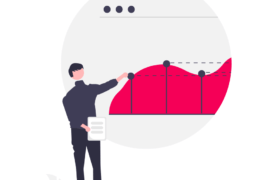