Without any statistics, one can know that everyone uses mobile apps extensively.

Whether it’s a game app, social media app, online shopping app, or any app for that matter, users spend an average of four hours on them.

Publishers and businesses use in-app advertising to reach the maximum target audience and bolster their sales by educating them about their products and services.

What is In-App Advertising?

As the name suggests, in-app advertising is a sales strategy that businesses use to advertise their product within an application for users.

Because smartphone applications drive mobile usage, in-app advertising becomes an important marketing channel for publishers to exhibit their content to the users and boost downloads. It works for both the advertising agency and the brand.

In-app advertising is the ads you see while playing a mobile game, surfing through social media, or doing anything on a mobile app.

In-app advertising is an effective marketing technique because it allows the advertisers to reach the target audience based on the app’s demographics.

The best part about in-app advertising is that these ads are less distractive, non-disruptive, and best controlled and managed. These ads are placed to add to the user experience without ‘cutting’ their engagement on the app.

Besides playable ads, there is a multitude of in-app ad formats.

This type of in-app advertising is often seen in mobile game apps. Insteristial ads are full-screen banner ads that don’t end until the interval ends.

You often see this ad in gaming apps. It is an integral part of the app that enables the users to gain virtual gifts or money, more reward points, power-ups, levels-up, more lives, premium content, or unlock a secret level in the level for watching the ad.

Remember the YouTube ads that automatically play within the video either at the beginning, in the middle or at the end of the video? Those ads are Instream Pre-Roll ads. These ads are usually 15, 20, 30, or even 60 seconds long. Some are skippable, while others may run for their determined duration.

Where are Instream Pre-Roll Ads Effective?

These ads effectively promote brand awareness and brand engagement, creating a purchase intent and conversion. The businesses are suggested to play pre-roll ads because the user shall be interested enough to sit through the ad to watch the original video. It ensures high viewability.

Native ads are non-intrusive and non-disruptive ads that don’t hamper the user experience. These adverts feel like the native content of the app and may appear as a welcome suggestion.

Picture the MakeMyTrip app, and upon clicking on the native content, you may come across an ad that just lies there without disrupting your engagement within the app. Native ads are highly targeted and reach the audience with pinpoint accuracy.

They are small in size and may appear either at the top or the bottom of the screen within the app. It’s best to create brand awareness without hindering the user experience and huge reach.

How Does In-App Advertising Work?

In-app advertising requires an ad network, app developers, and publishers to decide which portion of the app shall equip the ad and which ad format should work best.

Take a look at the following steps to learn more about how in-app advertising works:

1.  Marketers choose which audience to target and to whom the ads will show to.

2.  The marketers and the app publishers/ developers decide upon the expenditure of the ad campaign, the format of the ads, and how they can maximise the ad revenue without disrupting the user experience.

3.   Once it’s all finalised, the ad network’s quality standards, protocols, and management system are checked. Upon getting a go, the ad network then queues up the ad.

4.  At the user’s end, the app triggers the network’s SDK (Software Development Kit)  or API (Application Programming Interface), which tells the ad network that the user may be ready to see an ad.

5. The ad network decides which ad should be relevant based on the SDK’s data. It enables maximising the revenue for the app developer(s).

6.  However, the user may skip the ad or see the entire ad but not take the desired action. The user may also disengage from working within the app.

7.  Finally, it’s time for payout. The advertisers determine how the in-app advertising campaign has worked. The payout is made according to the performance of the campaign.

How Much Does In-App Advertising Cost?

In-app advertising cost comes in various pricing models. Let us understand the most common ones:

Cost Per Mille means the cost per thousand impressions. Mille is the Latin for ‘thousand’. CPM refers to how much it costs to display an ad 1000 times on an app or website. CPM is one of the original and most common ways to for the ad.

Here, the total cost means the total amount spent on the ad campaign. So, for example, if a publisher charges $5.00 CPM, the ad network has to pay $5 for 1000 impressions of the ad.

Cost Per Click means the average of the total cost by the number of clicks. The idea behind this pricing model is that the advertiser will only pay if there’s an active interaction on the ad and the ad is clicked upon. Its formula is:

Click Per Acquisition refers to the cost of the ad determined by the completion of the actual purchase, download, installation, or a free trial. The advertiser, under this model, will pay when a purchase or download is made.

It also means that the publisher takes upon all the risk of playing an ad until an acquisition is made. The formula of CPA is:

CPA= Total Cost/ No. of Acquisitions

The app publishers and developers can discuss with the advertisers and decide which model best suits them.

1. Identify whom you want to reach, know your target audience and display the ad. Then, collect and study the data based on the users’ device, operating system, demographics, preferences, age, gender, and wireless carrier.

2.  Choose the advert agency carefully after studying its pricing models, quality standards, and other protocols.

4.  Programmatic deals and Private marketplaces ensure complete transparency and control and are effective tools for pricing, inventory, and optimising data. Make sure to make the most of these tools for successful in-app advertising.

5.  Determine the goals and the budget for your ad campaign.

6. Choose your creatives after testing them- Images, videos, text. Set a low budget for testing each of them and see what best suits the app.

7.  Optimise your ads for more conversions. For example, you can choose bigger formats or different ad placements.

Before you leave, we’d like to do a little self-plug about ourselves too. Take a look at what AdPushup does and why we’re hand-picked by Google as a certified publishing partner.

AdPushup has helped more than 300 web publishers sustainably increase their ad CTRs, CPMs, and overall revenues without compromising on UX.

Take a look at how we delivered a 534% ad revenue uplift in 6 Months for CCNA7. If you want to learn how our technology can do the same for you, go ahead and request a free demo.

In-app advertising is the most effective way to monetise a smartphone application and enable various brands to reach the desired audience for more sales/ downloads/ ROI. Publishers can choose the best ad network for their applications by keeping the information mentioned above. .

In comparison with mobile websites, mobile apps are widely used. A user spends over 3 hours on average on mobile apps, making it a great platform for the in-app advertising networks to serve their ads there. In addition, mobile apps collect data that helps advertisers sort through the audience and target them as per their preferences.

2) How to Get Started with In-App Advertising?

You can get started with in-app advertising by choosing the right ad network, selecting the appropriate ad format, and choosing from the pricing model.

3) What are the Benefits of In-App Advertising?

1. They target users with pinpoint accuracy based on demographics, mobile device IDs, operating systems, and wireless carriers.
2. No ad-blockers within the app make an ad reach its target audience.
3. Click-Through Rates show the efficiency and performance of an ad.
4. It becomes easy to get the targeted audience to reach your website or app and make the desired transaction.
5. Banner ads and video ads have higher clicks and viewability than in-app advertising. In contrast to this, browser CTR is only 0.01 per cent. And in-app advertising shows about 64 per cent of the viewability of a video ad. 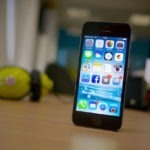 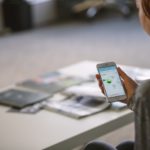