Today, the ad tech industry is brimming with various solutions to increase revenue for both publishers and advertisers. Ad refresh, one such solution, is considered advantageous by a lot of publishers but they’re skeptical of using it owing to its controversial nature.

So, what exactly is the deal with ad refresh? The most common answer a publisher will get is that static inventory has been seen to perform better than reloading one. But we wanted to dig a little deeper and move beyond such conventional answers.

Therefore, we consulted a professional- Lakshya Ankit, Ad Ops Evangelist at AdPushup. In addition to sharing valuable information about ad refresh, Lakshya also talked about why AdPushup’s ad refresh solution has proved to be an efficient solution for publishers.

We started the discussion with the most important question:

What is Ad Refresh and why are publishers skeptical about it?

“By using ad refresh publishers can serve multiple ads on an inventory. As the technology advanced publishers and advertisers started realising that multiple ad requests for an inventory can be generated and multiple ads can be served to users at a certain interval of time, say at intervals of 15, 30, or 45 seconds.”

‘The advent of the ‘CPM model’ further ensured that payment is based on ad viewability rather than when the ad is clicked (or other such action) upon. Due to this, publishers can serve multiple ads and earn more revenue.’

‘What majorly happens these days is that branding campaigns are live on ad inventories. User sees these ads and then the value of that ad or brand is decided, and the user doesn’t necessarily have to click on the ad for this to happen.’

‘Naturally advertisers were not in support of ad refresh. While they were inclined to pay the reasonable amount for the first ad that was served to the user, they lowered the amount for every ad served after the first one. Basically, each time another ad is shown to the user on the same inventory, the value of the inventory decreases.’

‘This is the major reason why a lot of publishers do not want to use ad refresh, because the advertiser doesn’t pay the full amount for a reloading inventory. It’s quite obvious though, if we look at it from the advertiser’s point of the view- why would they pay a high amount to serve another ad to the same user on the same inventory?”

Lakshya then proceeded to give an example of how the value of an inventory decreases every time the ad on it is refreshed. He pointed out that “there is no absolute pattern” to how much value would decrease, but it certainly lowers down.

“In our mechanism, the ad unit is present inside an iframe which allows us to control the inner ad unit. We put an active viewable tag in the iframe.’

‘We at AdPushup try to make an ideal auction model by bringing in several demand partners through various levels of competition and that auction model is replicated when we use ad refresh.’

‘Generally, what happens is, the advertiser tracks the active viewable metric to see for how long their ad is in the view. If the score is low for an inventory, then the advertiser won’t be incentivized to bid on that particular inventory, which will decrease the value of the inventory.’

‘We at AdPushup try to control the drop value by increasing the number of impressions and using bid caching.”

Lakshya explained bid caching with the help of an example:

Consider for example an ad unit, and three partners- A,B, and C are bidding on this inventory.

The obvious winner here is A.

Before moving on, there is one other factor at play along with bid value, which is ‘time to live’ (TTL). This metric basically means that a particular bid will be available for a particular time, i.e. TTL

A’s ad is already served, since it bid the highest amount.

Now, let’s say, the ad on our inventory has to be refreshed in 30 seconds. So, A, B and C will receive the bid request again.

So, what I’ll do instead of sending the ad request again is accept B’s cached bid from the previous auction.

“This is called caching, I am caching a previous bid for another 30 seconds. We basically leverage the bid received in the first auction, rather than sending another bid, which increases the amount of revenue received.’

‘So, if we are considering active viewable metric and using bid caching, then ad refresh, as a solution, can be improved. The value doesn’t drop down as much.’

‘Our solution is the best fit for any website that has a high user engagement. We can cater to medium-sized publishers easily, in addition to taking care of needs of publishers working in enterprises and such, since we provide a granular control over the inventory. We can choose which inventory has to be refreshed and which one shouldn’t be refreshed.”

Which publishers should use Ad Refresh?

“Since we started the whole concept of ad refresh with the average time on page of the user, ad refresh is ideal for websites where users are spending more time than usual. By using ad refresh on such websites, publishers will be able to earn higher revenue.’

‘Websites which have heavy reading content can ideally use ad refresh. Sites which leverage infographics though, would be a bad example, since users spend less time on such websites.’

Any best practice you would suggest?

“One of the most important things to consider is that you are refreshing your ad units when they are viewable. However, it should be noted that it is not easy building such a technology. AdPushup’s proprietary ad refresh solution has helped in bettering it’s position and gaining GCPP partnership.”

If you are looking for more information about ad refresh or AdPushup’s ad refresh solution, you can contact Lakshya at lakshya.ankit@adpushup.com or contact us directly at blog@adpushup.com. 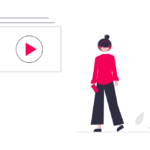 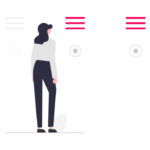 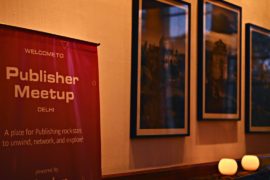 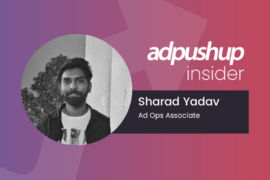 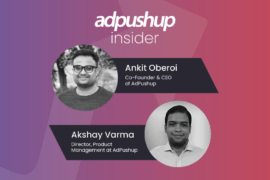 AdPushup Insider: Our Association with Prebid and the Journey Forward