It’s been a week since Facebook announced it was removing “news” from its news feed, as well as the entire category of viral content sites. Read the blog for more!

In January this year, Mark Zuckerberg announced that work was underway to de-prioritise updates in the Facebook news feed from businesses, brands and media in order to increase the quality of one-on-one communication between users of the platform.

Since the announcement, “news” has been effectively wiped off from the Facebook news feed, and in the process—the entire category of new media sites focussed on viral content are getting wiped off too. Although, despite this change, the advertising vertical of Facebook was still at the peak. So much so, at one point the market was coming up with smart tools or resources which would help users to be able to take a look at others’ Facebook ads, and design their own, improved ad strategy.

The first to fail is a website called LittleThings that focussed on publishing positive, uplifting stories targeted to American women. Founded in 2014 as an online pet food store, LittleThings pivoted to being a successful viral blog with over 12 million fans on Facebook and 50 million unique visits at its peak. This however, made the site heavily dependent on Facebook for its traffic, and consequently, ad revenue. CEO Joe Speiser, once hopeful that Facebook would always consider publisher interest while deciding product strategy, recently announced that the site was shutting down after its organic traffic fell by 75% since the new algorithm came into effect.

No previous algorithm update ever came close to this level of decimation. The position it put us in was beyond dire. The businesses looking to acquire LittleThings got spooked and promptly exited the sale process, leaving us in jeopardy of our bank debt convenants and ultimately bringing an expedited end to our incredible story.

There are other casualties too. Rare, a viral content site launched by Cox Media that was fashioned to be “a blend of aggregated content and original content for conservatives, a blend of news, politics and lifestyle and culture” has also shut down operations. Rare had amassed 2.3 million fans on Facebook and traffic peaked in 2014 with 22.5 million unique visitors, a number that had fallen to 5.5 million by February of this year. The site’s editors have mourned the loss of a once thriving publication.

Still struggling to process the very sad news that Rare will be shutting down at the end of the month. The world needs places as devoted to liberty and political heterodoxy as Rare (and TAC) are, and I hope the loss of one will eventually mean the gain of another.

While a few sites have outright shut down, others are scrambling to reduce their dependence on Facebook by diversifying their traffic sources and building new revenue channels. Attn, a news site focussed on engaging millennials with politics, is among the publishers who have been hit hard by the new algorithm but aren’t giving up yet. By choosing to host original videos and series on-site instead of on Facebook and building up new revenue streams from consulting and branded content, Attn has ensured that it can live through this transition, while still maintaining a presence on Facebook.

As long as Facebook emphasizes getting people back to the platform, Attn’s performance on news feed will continue to be good. We’re using our success on Facebook to move into other areas.

Obviously, viral publishers are the most vulnerable after the news feed algorithm changes, but other businesses are being affected as well. Social marketing agencies and independent Facebook page owners used to rely on companies such as LittleThings, who paid to have their content distributed. At one point, LittleThings was spending as much as $500,000 a month to have their content distributed through pages owned by other companies and individuals. Now with the entire ecosystem collapsing, those revenue streams are drying up, and many are left trying to collect their unpaid bills.

For publishers, the message is clear, stop relying on Facebook for pageviews or revenue. Most will do well to learn from Attn’s pivot and rebuild both their traffic acquisition strategy and explore alternate channels of revenue such as programmatic, native, sponsored posts, consulting, and affiliate marketing.

Featured image “Algorithm = death” by John Trainor is licensed under CC BY 2.0

Facebook says Feed “shows you stories that are meaningful and informative.” As of 2022, the algorithm determines which stories to display based on three main ranking signals: Who posted it: Content from sources you interact with, like friends or businesses, will appear more often.

Users see the most relevant posts based on Facebook’s algorithm. Facebook presents posts and ads based on what it sees as relevant to you rather than chronologically.

The Facebook algorithm was improved in 2022 to show users more informative and meaningful content and reduce the chances of people leaving the platform. Users’ past interactions and behaviors are exploited by the algorithm to determine what content and formats no longer appeal to them. 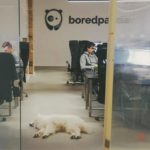 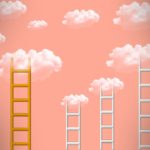 Price Floors and What Publishers Use Them For Today