How the Brain Decides What’s Important

Did you ever wonder why some things quickly get at the top of your mind while others don’t?

Why do some stories seem to leap out at you from its pages while others bore you to sleep? Why is it that you easily remember hands-on activities in high school but toil to memorize the periodic table of elements you’ve been rehearsing in your mind for hours?

Turns out, there’s a brilliant science behind it – the science of ‘stickiness’. And here’s you can use it in your own brand to capture and keep your audience’s attention.

The Science Behind What The Brain Decides as Important

Dr. Michael Rosenbloom, a neurologist and the director of Health Partner’s Memory Clinic in St. Paul explains the science behind this phenomenon.

It all starts in the brain’s frontal lobes where activities are mentally processed, whether it’s a conversation with a friend, watching a movie, reading a book or anything else. The frontal lobe is the part of the brain that decides what’s important and what’s not. Think of this as an event with limited seats reserved for VIPs.

Things that are worth remembering like a hot gossip or a really inspirational story are retained in the brain while things like calculus formulas and animals’ scientific names are filtered and forgotten after some time. After these, important information are ushered into the temporal lobes and the hippocampus where memories are stored.

There’s a bunch of factors that influence whether an information is retained. Genetics and previous experiences play a major  role. Dr. Rosenbloom says –

“It has to do with genetics. And a lot of times our experiences influence how good our memory is. For instance, I find artists have really good visual memories. For people who teach or are writers, their verbal memories are better.”

So how do you gain a “limited seat” in your visitor’s brain and make your message memorable for them? While there’s nothing you can do about genetics and their past experiences, there is another factor you can leverage to making your messages unforgettable: Emotions.

The Role of Emotions In Delivering a Memorable Message

Dr. Rosenbloom also suggested that when a message is linked with an emotion, it has a better chance of being retained in the brain than one that is not.

Why do you think people can still recall vivid scenes from the famous Mr. Bean or perhaps remember lines from a novel they’ve read before despite the several years that passed and having been exposed to countless other information?

It’s because of the emotions linked with them. Messages, when given an emotional dimension can be enduringly powerful. They have a good chance of staying at the top of your audience’s mind and ultimately lead them to take action whether it’s to share your content, subscribe to your list, or purchase.

So what are these emotions that compel people to take action? Let’s call them out one by one:

There’s a reason why funny content are generally well-received and generate lots of social media shares. Happiness is one of the most basic emotions that are hard-wired in our DNA. It’s a positive emotion and most people like being happy.

Happiness is also one of the first emotions we experience as babies. According to Donald Winnicott, a psychoanalyst and member of the  British Independent Group of the British Psychoanalytic Society, a baby responds to a mother’s smile by a smile of their own, conveying happiness and joy.

Another interesting thing is that happiness drives action. This is one reason behind viral content found in social media whether it’s cute cats, feel-good stories and funny memes.

Jonah Berger, a marketing professor at the University of Pennsylvania’s Wharton School and author of the book Contagious: Why Things Catch studied what makes some content spread like wildfire. He discovered  that the most-emailed content in the Internet share one trait: optimism. Additionally, he suggested that a content is more likely to become viral the more positive it was.

First and foremost, in order to trigger stickiness, you have to inject personality in your brand. After all, humor and corporate droning don’t mix. Consider creating funny videos or taking a satirical view over something when writing your next post. Crack jokes every now and then in social media. You don’t have to be laugh-out-loud-funny all the time but showing your audience you have a sense of humor can go a long way towards achieving likeability.

You have to watch though if you’re going to use humor. Make sure it fits your actual personality and that it’s consistently applied across all your marketing efforts. Otherwise, you risk coming off as forced. Your audience can detect that and will will likely be turned off.

While effectively mixing marketing and humor can be a difficult feat for some, doing so will be worth it in capturing people’s minds and hearts.

Taco Bell is a great example of  skilful and consistent use of humor. Its social media accounts are full of  witty and light-hearted updates. They know how to infuse a good laugh into a promotion without sacrificing relevancy such as in this example so it’s no surprise consumers can’t help but follow them.

The part of the brain that’s responsible for anger is the hypothalamus. It’s one of the busiest parts of the brain as it also regulates hunger, thirst, response to pain, breathing and other basic level functions.

A study conducted by University of Wisconsin suggests that when we are angry, we tend to become more certain about our judgements. When we’re angry, we know we are right and the person at the other end is wrong. Anger also prepares us to fight and take action.

The headline “Loan Titans Paid McCain Adviser Nearly $2 Million” is a great example of a piece that  invokes anger. People become aware that something wrong is going on and develop a desire for justice. As a result, they go out of their way to make a comment, share on social media, tell others about it or even support the person behind the message on his cause. If the person believes it, the piece can even influence his permanent view over something.

Moz.com confirms this idea. They’ve conducted a study that suggests that anger has the highest virality in content. It also revealed that controversial articles receive twice as many comments than articles taken with a moderate take.

Don’t be afraid to take sides. Learn from thought leaders who move away from the apparent consensus  and have views of their own. Sure, they may gain critics in the process, but they definitely project a unique voice and therefore stand out from the crowd.

If you have a shocking truth to expose, go ahead and do so. It doesn’t necessarily have to be a scandal. It could be a hard truth  that most people ignore or don’t realize.

Stirring up anger or frustration goes a long way towards gaining attention and traction. Just don’t overdo it. You don’t want to go pissing off people all the time and alienating them for good.

One great example is the post An Open Letter to Marketers Who Use Abuse Social Media for Selfish Gain by Jon Morrow. This post definitely pushes the right buttons namely anger for some, surprise for most. Needless to say, it has generated lots of comments and shares on social media.

The emotion of fear is formed by a small, almond-shaped component in the brain called amygdala. This part processes the gravity of anxiety-inducing events such as accidents or a death of a loved one. It also helps us determine whether to confront a negative situation or flee away from it (fight of flight response).

A study published in the Journal of Consumer Research showed that consumers who experienced fear while watching a film felt a greater affiliation with a present brand than those who watch films that evoke other types of emotions like happiness or sadness. Here’s what UBS’s Lea Dunn says about it:

“The theory in the paper is that when we are afraid, we want to share that experience with others and when others are not present, we can successfully share that experience with an available brand. So, I would, like you, speculate that if the lights were out and I was afraid, the fact that the brand of flashlight was there with me during the experience might be enough for me to feel more emotionally attached even after the lights came back on.”

Dunn suggests that this approach is not for all brands. Of course, it doesn’t always make sense to scare your audience. But if it does, the fear element can make your content impossible to ignore.

Inform your readers about a possible threat on something important to them, something they’re afraid to lose. Frame your content in a way that makes them ask themselves if they’re doing enough to protect it whether it’s identity online or their kids from drugs. At the end, propose a solution to counter the threat which could be your product or service.

The article ‘How Safe Is Your Parents Retirement Home?” raises attention particularly of those whose parents live in assisted living facilities. It specifically targets what the readers are afraid of and it makes them ask “How did they know I’m afraid of that?” As most  content marketers would tell you, relevance is key.

– There’s a science behind the stickiness factor of content – why some have it and why others don’t.

– The brain decides whether an information is worth retaining or not and emotions play a huge role in influencing that decision.

– Happiness, Anger and Fear are the top emotions that evoke action. When used the right way, they can compel your audience to share, comment, sign up, or purchase.

Many people think there’s a magic formula behind engaging content that stick at the top of peoples’ minds. But the reality is it’s more of a science than a magic bullet. They’re not coincidences. Sticky content are emotional, push the right buttons and get people talking. By using this to your advantage, the messages you deliver will be enduringly powerful and results-driven.

What do you think? Let us know in the comments below. And if you liked this post, do share it to your friends! 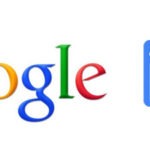 Google PageSpeed Service Shuts Down. Here’s What You Can Do About It 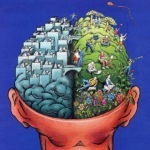