Active view is an ad viewability solution that comes integrated with all Google advertising products to measure viewable display and video impressions.

A report released by Google in 2014 showed that 56% of internet ads were not seen by users. With this knowledge, advertisers became skeptical of buying inventory without asking a few questions first – how viewable is your inventory, what was the performance of past campaigns, and more.

The performance of display ads started depending on viewability factors like active viewport time, minimum ad pixels on screen, etc. To help both sellers and buyers, IAB eventually rolled out viewability standards.

Soon after, Google launched its own technology to measure viewability based on standards set by the IAB and named it Active View.

A free, transparent, and effortless solution, accredited by the Media Rating Council (MRC), that measures viewable display and video impressions across the web and in apps.

Google supports the IAB and MRC definition of viewability for display advertising – a minimum of 50% of the ad should be in view for at least 1 second, assuming this would give users enough time to see and engage with the ad. Anything less than this would be marked as non-viewable impressions.

This definition tells advertisers about how many times a creative was seen, making it easier to understand the true impact of their campaigns. They’ll know which inventory provides the highest value and have confidence in the price they pay to deliver their messages.

Similarly, publishers will have a clear picture of their best performing ad units and be able to optimize their sites’ ad experience by maximizing the amount of viewable inventory.

How to Measure Ads on Your Website for Viewability?

Keeping these criteria as base, Google offers Active View reporting. This tells publishers about the viewable impressions generated by their websites. Later, publishers can use this to understand and improve ad viewability.

How Are Active View Metrics Calculated

These metrics depend on three important factors:

Here’s an example of how Active View measures viewable impressions:

Out of 800,000 measurable impressions, only 350,000 impressions were viewable as per standards. Then,

This means, the Active View report would show that 43.75% of ads are viewable and have opportunity to be seen by users.

Why Should Publishers Care About Active View?

To increase long-term value of display inventory, viewability data comes in handy to publishers. Next, advertisers have started to focus more on viewable impressions and publishers with the most viewable inventory will be in the best position to earn more revenue from this trend.

Improving an inventory’s viewability should:

Choose page length wisely: Short form content is known to have better viewability. Therefore, publishers are advised to use minimalism on their webpage. However, if your niche requires long form content, then enabling infinite scroll should help.

Improve page latency: If your page is slow to load, chances are that inventory auctions will start late as well. And in the worst case, it may lead to passbacks. Reducing the page load time can drastically improve viewability, especially in the case of video ads.

Enable lazy loading: (also called Smart Loading) This technology allows ads to load (serve) only when the user is ready to see them. For example, if a site has ad units towards the bottom of the page, the ads will start loading only when a user scrolls down. Lazy loading enables pages to load faster, reducing latency and CPU consumption.

Optimize for ad placement: Position of ad is strongly correlated with its viewability. The most viewable position for an ad is right above the fold, not at the top of the page. But that doesn’t mean below-the-fold placements are a complete waste. Content that holds a user’s attention has the highest viewability.

Users do scroll, but only if what’s above the fold is promising enough. What is visible on the page without requiring any action is what encourages us to scroll.

Design your layout carefully: The ad placements should complement the content, these should be placed carefully within the natural pause of the content. To understand this, publishers can take help of heatmap tools to see the sections where their users spent most time and strategically place ad units near it without cluttering the main content.

Add video section for video ads: Integrating a dedicated video section to show video content can drive traffic directly to your videos. With quality content, viewers have intent to watch videos, making it likelier for them to watch the ads within them.

Periodic quality checks: The same layout will not work for long. Users will get used to the layout and start ignoring the ad sections. Hence, it’s important to redesign the pages, especially the ad layout.

1. What is viewability in Google ad Manager?

Viewability is the measure of whether an ad was seen, and determining viewability in mobile apps on iOS and Android is challenging. The verification code is required for every app to run natively on a device, which means app developers must integrate vendor SDKs into their apps to enable measurement.

2. How do you calculate viewability percentage?

3. What is a good viewability rate?

Media Rating Council (MRC) standards dictate that larger desktop ads with 242, 500 pixels and larger must have 30% of pixels visible for at least one second to be deemed viewable. A minimum of 50% of the desktop display ad must be visible for one second. 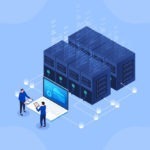 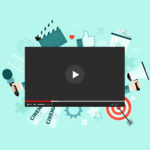 How to Choose the Best Video Player for Video Ads Monetization 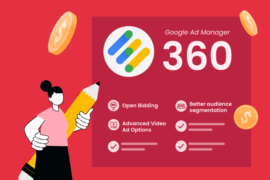