Ad publishers in the ad tech industry spend billions of dollars everywhere, acquiring online ad spaces and placing advertisements. This leads to, just like everywhere else on the internet, a massive possibility of ad fraud.

No ad publisher in the ad tech platform will want to acquire fraud inventory for their clients; therefore, awareness about ad fraud is important.

Also Watch: Webinar – Against Ad Fraud and Towards Transparency

We Say Ad Fraud – But What do We Mean?

Any attempt that is made to defraud digital advertising networks or the ad tech platform for financial gain is called ad fraud.

Ad fraud deceives the advertisement platforms by making them assume the fake activity on the network as a real individual activity and, in the process, making them lose money.

Scammers mainly use bots to make ad fraud, but other methods of ad fraud like click fraud, click injection, and installation of malware apps are also prevalent, and through these, they make the publishers in ad tech platforms pay through their nose.

In 2022, $44 billion is predicted to be lost to ad fraud. This has tremendously affected the ad publishers and even the brands. To combat ad fraud, one must be aware of the ad fraud and then take necessary steps to protect the ad space and ensure that the advertisement reaches the actual user and not some scammer who will steal money.

Also Read: 5 Common Types of Ad Fraud (and How They Affect Publishers)

How To Detect Ad Fraud

Ad publishers in the ad tech platform can use these observations to detect ad fraud.

Also Read: What Is Bot Traffic?

The Steps That Can be Taken to Combat Ad Fraud

Never Forget About It

This point may sound pretty obvious, but with a lot of ads circulating, one can easily forget about the old ones. Every ad needs to be monitored manually and checked that it is being interacted with by humans and not bots. If there are anomalies in previous and future performances, the ad should immediately be investigated. Any unusual activity can be a sign of ad fraud.

Make Sure the Lawyers Know

Following the first step, the lawyers should also be informed about all the ads that the publishers are putting on the air. This is important because, again, there are a lot of ads circulating on the air, and if they are not regularly checked, they will be affected by ad fraud. Then the legal team can take action.

Check the Discrepancies between Clicks and actual Visits

Often the simplest way to accomplish something is the cheapest. Ad publishers should examine the clicks on the ads to see if it relates to actual traffic on the site. If the clicks and visits don’t match, it most likely is ad fraud.

Be Aware of Doubtful Activities

Almost all steps to combat ad fraud are to be observant of the fraud. An aware pair of eyes must always be on the lookout for suspicious behaviours. If the publisher finds out the ads are having bad performance on one platform but good on others, it has to be a fraud, and the best way to fight such frauds is to ensure they don’t repeat.

It is a fact that all digital platforms are vulnerable to fraud. Similarly, the ad tech platform is not alien to ad frauds, either. An easy way to combat such frauds is to simply block or blacklist the IP addresses on Google Ads. Usually, the frauds will happen from some server computers and not a personal computer. Thus, publishers should identify them and blacklist them.

Publishers must track their ads in real-time to catch any fraud right away. Any spike or discrepancies in the clicks, visits, or simply the ad performance will most likely result in ad fraud. Monitoring the ads in real-time will not only save money but also save from security breaches.

Monitoring real-time will not work unless attention is paid to spikes in traffic. If the clicks lead to a sudden spike in traffic and should the spikes be investigated, if 99% of the clicks show their origin from a different place than where the target of the ad had been intended to be, it must be ad fraud and hence, must be stopped.

Modify the advertisements to contain more conversation-based interaction instead of clicks based. Clicks-based interactions can easily be manipulated by the bots, thereby leading to ad fraud.

Be Aware of your Budget

Last but not least, publishers spend a lot on advertisements, and ad fraud can lead to a loss of a huge amount of money. Be extremely conscious of where the money is being spent and monitor the ads with a keen eye.

Thus, ad fraud essentially means stopping the ad from reaching its target audience. It can easily be combated by being aware of the problem.

What are Ad Frauds?


Ad frauds are ways and means to fraud the digital advertising platform such that the ads don’t reach the intended audience, and through this way, scammers steal loads of money from the ad publishers.

How can Ad Fraud be Detected?


Ad fraud detection is extremely easy. It can be detected by observing and analyzing the ad behaviours. Interpreting the ad performance and examining the CTRs are some of the easiest ways to find out about ad fraud. If there is a discrepancy, it surely is ad fraud.

How can IP addresses help in spotting ad frauds?


IP addresses can be traced, and if it leads to a server, then it definitely is a bot being used to scam the ad. It should immediately be blacklisted. No private computer will be used to cause ad fraud.

Can ad fraud be stopped?


Yes, ad frauds can definitely be stopped by being vigilant and well aware of the problem. 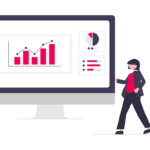 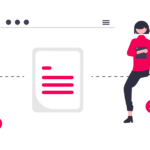