Google started Chrome ad filtering and the browser is now actively removing/filtering out annoying ads. Here’s everything publishers should know.

The most popular web browser—Google Chrome is now onboard with the Coalition for Better Ads to eradicate annoying ad types. In February 2018, Google aired an update on blocking intrusive ads on Chrome browser in North America and Europe. And later by 9th July 2019, it decided to go global with this update.

The purpose of this update is to eradicate ads that don’t comply with the standards set by Coalition for Better Ads on Chrome browser. This is Google’s solution to filter out annoying ads to offer a better ad experience to the users. This method is called Chrome ad filtering.

Coalition for Better Ads conducted research pointing out the ad types and formats disliked by users on both desktop and mobile devices. The research data was generated by surveying users across various geographical locations and it turned out that users don’t necessarily hate ads.

Although there are a few ad types (like full-screen interstitial ads and autoplay video ads with sound on) that cause the maximum damage to user experience further pushing them to install ad blockers.

Hence, the Better Ad Standards were designed to provide a much-required framework. Better Ad Standards rank ad formats based on their intrusive-ness and the data is available for both desktop and mobile devices. Basically, they are meant to inform publishers and advertisers about how users are interacting with their website and ad creatives.

Now, What is Chrome Ad Filtering?

Last year in February, Google announced it won’t support intrusive ad behavior on Chrome. Google was already planning to make some changes to improve user experience to help publishers. The report by Better Ad Standards shed light on those changes.

Chrome ad filtering is a simple ad filtering process where the Chrome browser blocks ads that are marked intrusive by Better Ad Standards. With this step, Google intends to curb bad user experience caused by certain ad types and hence, decrease the use of ad blockers.

How does Chrome ad filtering work? Every time a user visits a website via Chrome, the browser first scans the website for intrusive ads. If such ad types are found, Chrome blocks them showing users blank spaces in the place of ads.

How Does This Affect Publishers?

As discussed above, Chrome ad filtering is capable of putting blank blocks on the publisher website in place of ads. Meaning, it can deprive publishers of showing ads on their sites. Reduced number of ads per webpage would affect the RPM. And in a worst-case scenario, inventory with fewer impressions would soon see a decrease in demand.

Browsers like Firefox and Safari are already strict with data collection and user experience norms on their platforms. And now Chrome—with almost 60% browser usage share—joining the league is likely to hurt publishers’ earnings even more.

How Publishers Can Save Themselves?

For this problem, Google indeed has a solution. Google Webmaster Tool offers a free auditing service with Google Ad Experience Report where publishers need to simply submit their websites for auditing. After reviewing the ad units on their sites, Google will give a detailed report pointing out the ad creatives having poor ad experience.

Once the report is sent to publishers, Google allows a window of 30 days to fix the ad units having the ‘failing’ or ‘warning’ status. Publishers can submit their site for multiple audit rounds until all the ads with ‘failing/warning’ status are fixed for both desktop and mobile.

There may be a case where publishers do not run the audit tests with Ad Experience Report in the first place. In that case, Google sends an email stating your site is failing to provide optimal ad experience to users. The email then recommends recipients to fix the problems with ad units within 30 days.

Currently, Google Ad Experience Report is the best option that a publisher can use to avoid the effect of Chrome ad filtering. But implementing changes to remove/replace ad units can take more time than 30 days. Moreover, designing a perfect balance between ad viewability and ad experience is tricky. In such cases, an ad ops team can help the publisher speed up the process.

Furthermore, replacing old ad units and formats with new ones may impact the earnings initially. Though in the long run, best practices to ensure a good ad experience is beneficial for publishers as better ad experiences reduce the chances of users installing ad blockers. Speaking of ad blockers, Chrome ad filter is not an ad blocker. It sure does block (filter) ads, but only the intrusive ones causing bad user experience.

1. What is ad filtering?

Ad blocking or ad filtering is a software feature that allows web browsers, applications, or networks to block or alter online advertising. Browser extensions or other methods can be used to accomplish this.

2. What is chrome ad filtering?

On sites that violate the Better Ads Standards, Chrome will automatically block intrusive ads, but users can disable the feature by selecting allow ads on this site.

3. What are better Ad Standards?

Better Ads Standards are based on extensive user research conducted by the Coalition on annoying and disruptive ad formats and experiences. 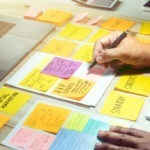 Outsourced Ad Ops: 8 Reasons Why You Should Consider a Vendor 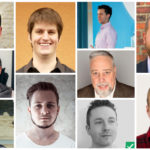 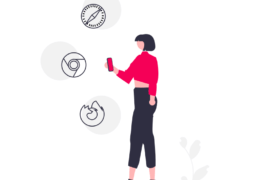 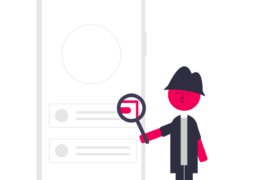 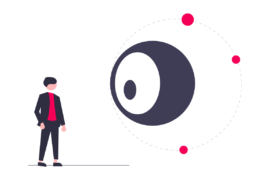