Google has officially delayed the deprecation of third-party cookies. The search engine will now support cookies till late 2023.

On June 24th, 2021, Google shared an “updated timeline for Privacy Sandbox milestones”, stating that the whole initiative requires more time. Originally, Google had declared that it will stop supporting cookies by 2022, however, circumstances have taken a turn now, and the deadline for the same has been postponed to late 2023.

Let’s see what exactly is happening.

Why the Sudden Delay?

Everyone in the ad tech industry has been working towards finding and implementing alternate solutions for third-party cookies. Almost all webinars and events (mostly virtual) touched upon, to say the least, topics such as first-party data, preparing for a cookieless world, contextual advertising and such, in order to make the transition to a cookieless future as smooth as possible.

Google itself has been rolling out various propositions, most notably FLoC, to allow web publishers to target users in a way that doesn’t breach privacy.

So, what caused Google to take this step?

While testing for different APIs in the Privacy Sandbox has been going on for some time now, Google’s cookie alternative is not ready yet.

While there’s considerable progress with this initiative, it’s become clear that more time is needed across the ecosystem to get this right.

The task of keeping the web free and accessible for everyone while making sure that users’ privacy remains intact is indeed a hard one. Additionally, cookies have essentially been the backbone of the ad tech industry since the very start, and finding or developing a solution that is better than the current one is no easy feat either.

Google wants to ensure that everyone including users, publishers, and advertisers benefit from whatever solution ends up replacing cookies, which is why it has suggested an updated timeline for the Privacy Sandbox initiative.

Another key reason for this delay is that Google wants to “avoid jeopardizing the business models of many web publishers which support freely available content.” It has emphasized upon the fact that they don’t want to risk the replacement of cookies with any other solutions that may encourage user tracking and “the rise of covert approaches like fingerprinting.”

FLoC (Federated Learning of Cohorts) is one of the most important APIs in the Privacy Sandbox. In theory, it is an AI system that uses machine learning to put users into cohorts with similar interests based on the browser activity of users. FLoC aims to allow publishers and advertisers to target users according to their interests while maintaining that no private information is accessed.

The idea seemed interesting, however, concerns regarding FLoC’s compliance with privacy laws, transparency, and effectiveness eventually caught up and resulted in delayed trials in Europe.

The deprecation of cookies by Google is not going to be a single move. Instead, Google will ‘phase-out’ cookies “over a three month period, starting in mid-2023 and ending in late 2023.”

So, when all is said and done, Google will stop extending support for third-party cookies in late 2023.

There’s no denying the fact that publishers might have felt some sense of relief to hear that the deadline for cookie deprecation has been postponed. Naturally, since they have more time to get onboard with the whole initiative.

However, it must be taken into account that Google’s major competitors, including Apple and Mozilla, stopped supporting third-party cookies long back. From a user’s perspective, these options may now seem enticing.

But Google has an immense responsibility of catering to the needs of users and publishers, the interests of whom are not always aligned. Clearly, it wants to provide everyone with a solution that can retain the concept of free web, allow publishers to earn ad revenue, and at the same time respect users’ privacy.

According to Digiday, Google has

promised to “engage with the CMA (United Kingdom’s Competition and Markets Authority) in an open, constructive, and continuous dialogue in relation to the development and implementation of the Privacy Sandbox proposals,” including in relation to design of testing the proposed methods.

Google’s Privacy Sandbox is one of the key promising solutions in the ad tech industry for a cookieless future. Therefore, they are trying to put as much effort as they can to make it as good as possible to suit everyone’s needs.

We believe that the Privacy Sandbox will provide the best privacy protections for everyone. By ensuring that the ecosystem can support their businesses without tracking individuals across the web, we can all ensure that free access to content continues. And because of the importance of this mission, we must take time to evaluate the new technologies, gather feedback and iterate to ensure they meet our goals for both privacy and performance, and give all developers time to follow the best path for privacy. 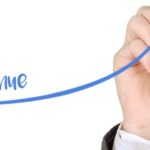 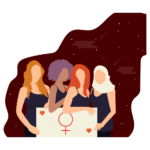