Programmatic advertising is an exciting industry that is evolving every day. This technology is changing the way both advertisers and publishers interact by using software to make media buying easier, faster and more efficient.

This is having a significant impact on the marketing industry and is opening up new opportunities for businesses of all sizes.

With time, more and more advances in technology are taking place to streamline various adtech operations and facilitate programmatic transparency.

IAB believes lack of transparency leads to ad fraud like domain spoofing, where attackers impersonate publishers. With sellers.json, IAB wants to make the supply chain transparent and safe for everyone involved.

That being said, let’s delve a bit deeper into “what is sellers.json” and how it helps bring programmatic transparency.

Basically, with sellers.json, SSPs and ad exchanges declare the publishers and inventory providers they are partnered with and whose inventory they have permission to sell.

SSPs and ad exchanges host this file on their servers and are responsible for managing it. To check sellers.json list of a partner, simply type their domain followed by ‘/sellers.json’. For example: appnexus.com/sellers.json.

What is OpenRTB Supply Chain Object?

Supply Chain complements the use of sellers.json. It enables buyers to see all the parties selling/reselling a specific bid request. It comprises a set of nodes, each representing a seller in the supply chain. Basically, it gives a pathway to understanding the flow of bid requests from the website to the advertiser’s ad creative.

What Does Sellers.json Include?

The Parent object is the top-level object that acts as a container for all properties in a sellers.json file.

Although identifier is an optional field, it allows sellers to communicate values such as business identifiers, certification identifiers, or any other identifier that a consuming system might need to better interoperate with the seller.

A final list of all publishers and resellers that have partnered up with the host.

How is Sellers.json Different from Ads.txt?

Both sellers.json and ads.txt are proposed by IAB, aiming to bring more transparency to the supply chain. So what’s the difference?

Why Does Adtech Need Sellers.json?

Next, given that it’s already a tedious job to manage the ad creative, decide their budget, and work on ad targeting, demand side doesn’t really want to put the time to evaluate each of the bid requests received. Not to mention, it is difficult for advertisers to map bid requests to the website. With sellers.json, getting this information directly from SSPs or ad exchanges can save advertisers some time.

Finally, publishers don’t always directly sell their inventories. The supply chain is a series of networks and resellers, some of which do not get included in the ads.txt file. Basically, publishers don’t always know who is selling and reselling their impressions. Here too, sellers.json can help, as sellers will now keep a copy of the inventory they are dealing with.

Benefits of Programmatic Transparency in Advertising

With more programmatic transparency, buyers can better track their ad expenditure in a more open marketplace, allowing them to manage their money with greater confidence.

Apart from that, buyers may be more judicious with their ad spending and get more bang for their buck if they have greater information about where their money is going.

Knowing where your ad spends is actually going and what results in it’s bringing is important for scalability. In a market where buyers don’t have complete transparency, it can be tough to know exactly how much of their ad spend is going towards final bids. This makes it hard to measure the return on investment of the media budget.

With programmatic transparency, measuring ROI has become more convenient than ever. These ROI measures may be reported more precisely in a more open economy.

This is advantageous for buyers since they can demonstrate to their clients the favorable consequences of their programmatic investment efforts. Clients are more inclined to make larger ad spends when they see real outcomes, which generally translates into greater bids for publishers.

Another benefit of programmatic transparency is that it offers an unbiased marketplace. The point of a programmatic auction is to make things fairer for everyone involved.

In the past, there have been some issues with people being able to take advantage of the system, mainly because of loopholes like bid-caching. But with a programmatic auction in place, it should be more level for all publishers and buyers.

A transparent marketplace would help to reveal the true value of inventory space. This, in turn, would create a level playing field where there would be no barriers and fees preventing people from achieving their desired inventory.

For the time being, the implementation of sellers.json and OpenRTB Supply Chain Object is not a mandatory measure. It is a good practice that brings back trust in the ad industry. If it reaches the critical mass, we will be able to see sellers.json to efficiently eliminate ad fraud.

With Google supporting sellers.json, tech adoption is expected to increase. With that hope, the use of sellers.json is supported well so that IAB’s efforts to curb ad fraud by bringing programmatic transparency would become successful.

What are the 4 main components of programmatic advertising?

Programmatic advertising is made up of four key components.

Together, the aforementioned elements serve both publishers and advertisers by facilitating profitable trade.

What does programmatic mean in advertising?

In the adtech realm, programmatic refers to the automation of the procedures and transactions associated with acquiring and displaying advertisements on websites or applications.

It works at lightning speed. Programmatic advertising allows you to buy and place adverts in less than a second, including personalized advertising content.

Where Do I Put My Json Sellers?

As a publisher, you don’t need to concern yourself with hosting the sellers.json file. Website monetization partners and ad exchanges are the ones who, in turn, need to add sellers.json files to their root domain. Moreover, they also need to list all of the publishers or companies they are associated with. 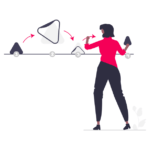 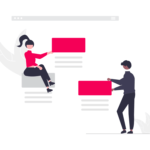 Real-Time Bidding vs Programmatic Direct – Which One to Choose and Why? 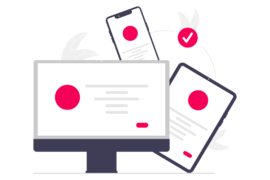 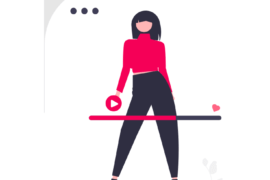 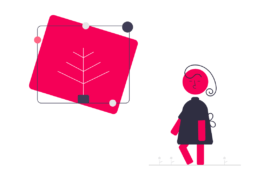