The Ad Tech Primer to Video Advertising for Publishers

A recent report by IAB UK revealed that for the first time, ad spend on video has surpassed that on display ads. Despite the uniqueness of the format and its storytelling power, video advertising has taken a long time to gain mass acceptance with creators and consumers in digital media.

Brands, advertisers, and marketers tend to think that while video ads can be useful in driving brand awareness, they don’t help much with real conversion and sales. On the other side, majority of users view video ads as annoying bandwidth hogs that disrupt their online experience.

Now, however, the easier availability of high-speed internet connections and advances in ad serving technology has made the operational logistics of running video ads a lot more feasible, and with advertiser money pouring in—publishers can’t afford to ignore the opportunity.

Still not convinced? Let’s look at the scope of that opportunity in three charts from AppNexus.

Chart 1: eMarketer recently reported that the average U.S. adult now watches one hour and seven minutes of digital video a day, compared to 46 minutes in 2013.

We have previously covered the top video ad networks for publishers to work with and a guide on programmatic video advertising. In this post, we’ll take a look at video ad formats, industry specs, and how header bidding can help improve ad yield in video ad campaigns.

For the longest time, video advertising has been synonymous with pre-roll, mid-roll, and post-roll ads on dedicated video platforms such as YouTube and Vimeo, this format is known as instream video ads. Although susceptible to ad blockers, instream is a tried-and-tested format that’s popular with many brands and advertisers.

There’s one problem with instream ads though, publishers who don’t have their own video content cannot use instream ads to earn revenue. That’s where outstream ads come in… these ad units can appear in non-video environments such as text-based editorial content or social feeds.

Outstream ads allow all publishers to set up a video ad inventory regardless of whether they are creating original video content.

Both instream and outstream have their own pros and cons but for most publishers it comes down to this: Do you have your original video content? If yes, you should go with instream as it will offer a more seamless experience for users. If not, outstream is the way to go, but even there, it’s important to avoid formats that are known to be highly intrusive, such as “autoplaying video ads with sounds” that has been flagged by the Coalition for Better Ads.

With so many video formats, ad types, creative length, and media players across the internet, standardization has always been a challenge in video advertising. A common language that could connect video ads with the media players on the internet was missing from the start.

To solve this, in 2008, IAB released the VAST (Video Ad Serving Template spec) specification, which basically tells media players on websites and apps how to handle video ads, i.e., which ad to play, how long to play it for, whether the ad is skippable, and some tracking capabilities. The latest iteration of this spec is VAST 4.0, which uses a single tag to render ad units seamlessly across all platforms, and support pre-caching of video assets to reduce latency.

Before VAST, there was not a common in-stream advertising protocol for video players, which made scalable distribution of ads impossible for ad servers. In order to serve ads to multiple publishers using disparate proprietary video players, ad-serving organizations had to develop slightly different ad responses for every publisher/video player targeted. This approach was expensive and didn’t easily scale.

Another spec called VPAID (Video Player-Ad Interface Definition) was also released by IAB in the same year, which incorporated more components for user interactivity such as when users can click an option in form overlays on video ads. In addition, VPAID could also measure ad viewability and was therefore preferred by buyers. This spec is now being retired by IAB due to latency concerns and will be replaced by a newer spec called VPAID-i.

Measurement and Viewability of Video Ads

One of the biggest selling points of digital advertising always has been that unlike offline advertising, it’s measurable, i.e., it is possible to precisely ascertain the number of users engaged by the ad and the return on investment on ad spend.

The push by ad buyers for more transparency has made ad tech providers create new measurement and viewability standards for ads, including video formats. While this has caused some anxiety within the publisher community wary of having their ad revenue shaved off further, the future of advertising is towards ads that are measureable and viewable.

There are some variations for ad viewability between companies, but the most widely accepted version at the moment comes from Google.

Viewability is a key currency in digital advertising that measures whether or not an ad had a chance to be seen by a user. At Google, we support the Interactive Advertising Bureau (IAB) and Media Rating Council (MRC) definition of viewability for video advertising: a minimum of 50% of the ad is in view for a minimum of two continuous seconds. For example, if a video ad is playing but the user is browsing on another tab, that impression wouldn’t be considered viewable.

— via Think With Google

What this means for publishers is that merely setting up an ad inventory will no more be enough for ensuring that your resources are being properly used, you will also have to follow viewability best practices on ad formats, ad unit sizes, and placement layouts to make sure that your inventory is optimized for high viewability.

Header Bidding almost singlehandedly revived a troubled display ad industry by eliminating the “publisher waterfall”, instead of sequentially auctioning off the ad inventory, a time-consuming and inefficient process—Header Bidding opens it up for simultaneous bidding at the same time, making sure that each impression is sold at its best price, at the right time.

Publishers saw results soon after header bidding’s arrival in 2015. Digiday reported that early adopters saw their CPMs rise by as much as 50%. Publishers have also reported other benefits such as increased yield, lower latency, and fewer passbacks since switching from a waterfall setup to header bidding. We’ve also seen those results firsthand with our publisher clients at AppNexus. Livingly Media, for example, achieved a 10% incremental revenue lift with header bidding and saw more than half of its ad calls get responses in under 500 milliseconds.

The obvious next step is for publishers to replicate this success with video advertising, this hasn’t happened so far because of many misnomers associated with header bidding and video advertising. Publishers think that video advertising and delivery is a more complex process as compared to display to begin with, it requires more bandwidth and has more components, and adding Header Bidding into the mix will only slow the process down further.

The truth is just the opposite, Header Bidding can help bring the same efficiency to video advertising that it did in display, and with the CPM rates for video ads being relatively higher than display, the revenue growth opportunity is staggering.

Everything You Need to Know About DFP Dynamic Allocation 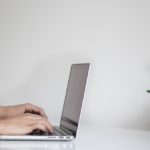 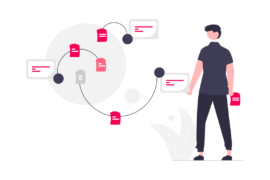 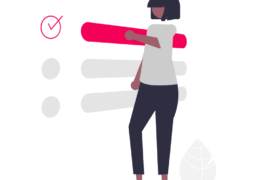 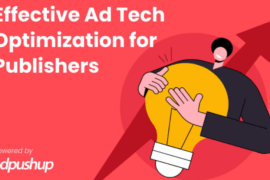