What are Outstream Video Ads and How to Get Started With Them?

By 2021, 80% of internet traffic will be represented by video, as predicted by Cisco.

But what is outstream video advertising about? How’s it different from in-stream advertising? Let’s learn more about all that here.

What is an Outstream Video?

These are video ads that don’t require video players to run on the publisher inventory. Etymologically, outstream means out-side the stream-ing media/service.

Since there is no need for video players, publishers with editorial content are able to show video ads. The autoplay video ads on Forbes website is an example of outstream video ads.

Back in time, users only saw video ads with video content. Like YouTube, where you have noticed in-stream video ads (pre-roll, mid-roll, and post-roll) in bulk. For ad tech, it was difficult to utilize video ads on websites because of technical challenges and user experience norms.

The biggest challenge was to show video ads without increasing page load time. Then there were problems like designing an ad unit that shows both video ads and banner ads (as a fallback in case of no video ad bid is received).

But with time and technological advancement, we tackled these challenges and now publishers can show videos ads with/without showing video content.

These are the three basic types of video ads. Your partnered network or agency can offer customized placement like overlay style, expand on user click and more.

You, just like the rest of publishers, might be having these thoughts. However, Teads data shows outstream ads to perform better than instream video ads.

Here is a detailed comparison between outstream and instream video ads:

Outstream videos are getting better engagement and more conversions. Clearly, advertisers and marketers would want to spend more on outstream video ads.

We have established that the outstream video advertising market is hot right now. However, does this ad type if right for you?

In 2016, BuzzFeed claimed that they are making 50% of their revenue by video ads and pushing this number to reach 75 in the coming years. In the same way we are seeing The Washington Post, Forbes, and CBS experimenting with video ads.

Video advertising is working for these big media companies. But should you be investing in it?

A compelling case for outstream video ads was also made when Google launched them as an additional service in 2018. This directly indicates that big advertising platforms such as AdWords and others see outstream video ads as a profitable market, likely to expand in the upcoming months.

In short, you—a publisher—should start experimenting with video ads and now is the great time to start.

Benefits of Outstream Ads for Publishers

Easy setup: As the demand for video inventory is growing more and more ad agencies are offering simpler solutions to video advertising. For some networks and servers (including Google), video advertising is as easy as placing a code snippet..

Tricky to monetize for first-timers: Outstream video is a new technology which seems to be working for big publishers. However, if you are starting right now, the results might not be as glamorous as you are expecting. You would be required to put in extra man-hour to optimize your ad units to work for various video ad placements.

Can be intrusive: If your video ad is intrusive, Chrome will filter it out. Coalition for Better Ads made it clear that video ads with sound on is the most annoying ad type out there. Start by avoiding that. When it comes to intrusive ads, there is no fixed definition. So it is recommended to stick to industry standards even in the case of video advertising.

Not recommended for small publishers: Video ad networks have minimum traffic and revenue requirements for publishers in order for them to use video advertising. For small publishers, it can be tough to make the cut. And even if they do, managing the video inventory along with the rest of it brings out the requirement for ad operation team—which in return increases the cost.

How to Get Started?

First, you need to get in touch with a video ad network. Enquire whether your existing partner(s) offers the outstream ad services or not.

If you are using Prebid (or header bidding)

Prebid supports outstream video ads without having to make any major changes. Basically, you will be winning bids via header bidding to show outstream video ads. To get started, publishers need to have at least one adapter with a ‘video’ media type. If this is not the case with you, then get in touch with networks that can get you video header bidding demand (like AdPushup).

If you are using Google Ad Manager
Google Ad Manager allows integration with outstream video ads (including Prebid and/or any other network setup). Outstream video ads are available for open and private auctions, along with preferred and programmatic deals. The available formats are in-article, in-feed, native, rewarded, and interstitial for mobile and desktop inventory. 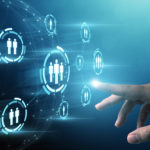 Best Data Management Platforms: How Does the Future Look for DMPs 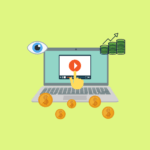