IABs Video Ad Standards: Everything You Need to Know

Before we begin explaining what video ad standards are, there’s one thing that you may find of interest. IAB released the Open Measurement SDK to create a common framework software development kit (SDK) to work for all vendors. Resultantly, publishers will need only one SDK to measure viewability despite working with multiple vendors.

The most common access point for video ads has been the desktop, but the consumption of video ads on mobile and tablets has been on the rise in the past decade.

The popularity of advertising on mobile platforms owes to the video advertising engaging users and making an impact which is why US digital ad spending on video has increased from $152.71 billion in 2020 to $239.99 billion. And the ad spending is projected to surpass the $300-billion mark by 2025.

Creation of technical specifications for each party involved- publishers and advertisers become essential to streamline the process of selling and serving video advertisements. These specifications include certain criteria and delivery of video ads across various platforms and devices without any hindrances.

International Advertising Bureau, aka IAB, announced an update to the ad format guidelines for publishers to scale their ad inventory across different distribution channels, such as programmatic markets or ad servers. IAB has published technical specifications on video ad standards and their metric definitions- size, aspect ratio, file formats, and best practices developed by IAB members with the required expertise.

Who are video ad standards for?

Video ad standards guidelines will serve as a resource for publishers to provide creative video ads submission requirements, such as ‘ready-to-serve’ files for streaming, download, and mezzanine file for video ad formats. These standards will help publishers transcode the file suitable for the environment in which the ad will serve.

IAB video ad standards lay down the general video ad requirements for ad developers, such as maximum file size, ad space, CPU load, and other metric definitions. Developers may need to design ads that run on all the platforms. Video ads in mobile phones require planning for smaller screens, smartphones’ OS, shifts in bandwidth capabilities, and whether the platform is a native video player or a web player.

Originally introduced in 2008, VAST was launched to grow the marketplace by standardising video ad responses to aid the publishers, ad networks, ad-tech vendors, etc. Since then, VAST has been updated several times to comply best with the emerging trends in video advertising. The most recent version, VAST 4.2 was released in 2019.

*XML refers to Extensible Markup Language for storing, transmitting, and reconstructing data in a language readable by both humans and machines.

VAST enables the communication between the ad servers and the ad player for a seamless video ads display.

The common functions of VAST are to let a video player know:

The current version, VAST 4.0, addresses the challenges of smoother operation of the video ads by separating video API files and interactive API files with the help of a VAST tag. A new Universal Ad ID feature has also been introduced to include the creative identifier across various systems.

You can read more about the latest VAST 4.1 here.

As we explained earlier, VAST enables a seamless ad display, but it alone doesn’t offer support for a rich interactive ad experience.

The amalgamation of VAST and VPAID is the enhanced solution for a great ad experience:

IAB’s Digital Video Multiple Ad Playlist (VMAP) allows the the video content owners to exercise control over the ad inventory to capitalise on advertising while maintaining the integrity of their program content.

The non-linear video ad standards are to outline the minimum considerations for nonlinear ad development. You can check with the publishers for their required specifications. 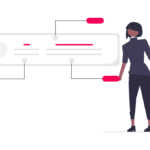 How Publishers are Preparing for the Cookieless Solutions 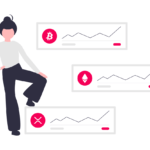 How Publishers Can Use Blockchain in Their Operations