VAST vs VPAID: What They Are, How They Work, Differences [+ More]

A detailed comparison of VAST and VPAID, plus more information on how they work to help you choose the right one for your video ads.

VAST vs VPAID is one of the most important search queries from publishers trying their hands at video advertising.

In the same context, publishers often seek to discern the difference between VAST and VPAID, as both are elements of video advertising.

Without further ado, let’s get started.

What Is VAST, a.k.a. Video Ad Serving Template?

In the simplest form, VAST is a script which empowers video players to run video ads in coordination with ad servers. The purpose of VAST is to programme a video player such that it runs video ads (on different websites and devices, viz. mobile, desktop, tablet) in the way publishers want.

But How Does VAST Give Control to Publishers’ Hands?

With a certain set of instructions given by publishers, VAST makes a video player know:

So How Does VAST Work Anyway?

The working of VAST is a 3-step process which goes like this:

The Versions of VAST?

VAST as a component of video advertising has evolved enormously. Here’s a guided tour through the journey:

Are There any Limitations?

No tech is perfect, so yes. As in the case of VAST, ad viewability has often caused a concussion. Until 4.0, VAST did not particularly support the viewability standards, as it should have.

What Is VPAID, a.k.a. Video Player Ad Interface?

VPAID is also a script which allows video ad units to interact with video players. The first level difference between VAST and VPAID is VPAID empowers advertisers to serve rich media and interactive ads to users, which VAST doesn’t.

The good part is VPAID allows advertisers to also record the data on how users are interacting with their video ads. Hence, allowing advertisers to closely refer to different performance measurement metrics and publishers to leverage video ads as a medium of revenue generation.

By enabling and allowing tracking of a certain set of events, VPAID lets users:

So How Does VPAID Work?

Similar to VAST in just the beginning, the process of VPAID flows like this:

Till now, VPAID has had two versions viz. VPAID 1.0 and VPAID 2.0. Currently, what majority of video players are synced with VPAID 2.0, having the following fixes that 1.0 did not support:

Are There any Limitations?

Pretty much. VPAID mobile inventory is sometimes limited due to restricted compatibility with in-app environments. For mobile, a VPAID ad must be delivered in Javascript, though on desktop, the ad is delivered via Flash.

Also, again due to its incompatibility with the in-app environment, VPAID is probably not considered an apt script because of its chances to propel a longer page-load time on mobile. VPAID is also alleged to ignore a large volume of inventory on mobile and smart TVs.

VAST vs VPAID: What’s The Catch?

For VAST, the adoption of the latest version, 4.1, has been a matter of contention due to its incapability to resolve issues like pre-impression-based API integration for real-time scoring.

Also, as also highlighted above, the version until VAST 4.0/4.1 stood to lose in meeting industry viewability standards, creating a lack of trust in publishers.

For VPAID, it uses. SWF format to read elements like images, GIFs, and other interactive elements, which standard formats don’t. However, it’s likely that video players used by publishers may not be able to read. SWF.

When this happens, the VPAID script automatically gets overridden by the VAST script, ensuring the video ad still gets served.

The catch? The ad shalt does not support user interactiveness which VPAID is originally designed for.

Relationship Between VAST And VPAID

Think of this, VAST (video ad serving template) is an all-in-one CRM/automation platform. It does all the basic operational stuff an office place requires, like accounting, call automation, task management, etc.

Now, there may be a requirement for feature advancement or customization in the solution which does not come with the standard package. At this point, VPAID enters. Understand this一needing extra features or customizations is an add-on, but not a different entity altogether.

Hence, VPAID will make those add-ons possible without replacing the entire VAST setup. At some level, we may call VPAID and VAST as a proxy to each other whenever the situation calls.

Difference Between VAST And VPAID, Explained

We discussed the relationship. However, on the technical end, there are certain differences which make the two technologies distinctive; the differences publishers and advertisers are often seeking. So here you go:

VAST tags are generally of two types, namely VAST XML and VAST URL. But mostly, VAST XML is a rather preferred format if both XML and URL formats are supported by your DSP. In addition, there are three ways to create a VAST tag. All you need to do is follow these steps:

You may choose to make the VAST script manually, i.e. XML. To do so, you must edit the predefined parameters and add them together to construct a full-fledged XML file for the VAST tag.

Editing and combining parameters is a more preferred option by ad op developers as it’s less tiresome than coding a new file from scratch.

Creating XML files manually is always an option. However, a rather simple process is given by Google Ad Manager. Here’s how it goes step by step:

As a substitute to methods #1 and #2, there are third-party tools like Mobile ads known as VAST tag generators, which create the tags if you choose not to go through the process of creating an XML script file.

What you may need to ensure is you clearly communicate the specifications with VAST tag generators that match with your video player to avoid getting errors.

Since VPAID supports rich media interactive ads, creating VPAID creatives is pretty much the same as creating HTML5 banner ads. Getting an HTML5 creative made may appear overwhelming at first. So here’s a quick brief:

Looking for more demand on your inventory, we can help with our partnerships with 20+ global demand partners. Learn more.

VAMP, aka video multiple ad playlist, current version 1.0.1, allows video ad makers to define the point of insertions of their ad inventory within long-form video content. Ad creators don’t really have control over the video player. So instead, they use VMAP to define the following:

How is VMAP related to VAST or VPAID, whichever?

VAST 3.0 contained a functionality which allowed ad slots to be inserted during long-form video content. However, the control was never given to be exercised by ad creators.

And What about MRAID and its Relation with VAST or VPAID?

At some point, a situation that arises is ad makers have to meticulously create ads which play well on both desktop and mobile.

Mobile accounts for nearly 70% of digital media time. Hence with MRAID, advertisers are able to serve ads across devices and in all kinds of apps. How it’s related to VPAID is since VPAID allows interactive ads designed using HTML5 or JS, ad creators may use MRAID’s commands to leverage device compatibility.

Although, all ad creators or ad ops developers don’t go with MRAID blindly. Sometimes, they end up creating their own framework to combat the device compatibility matter.

Writing anything about videos in ad tech is great! There’s just so much data to fall for. Therefore, for a topic like this, I’d like to sum up with some more of it.

While the prima facie seems that videos are on a roll, the technical aspect of video advertising is going through an overhaul. These day-to-day advancements are leading to the betterment and the need for troubleshooting at the same time.

Either way, video ads are growing, and they are growing like anything. As a publisher, if you’re not prepping for video ads yet, your website monetization strategy is probably lacking.

However, with developments like VAST, VPAID accompanied by VMAP and MRAID, publishers are given more control, scope, and bandwidth to monetize using video as a medium. By now, I hope the difference between VAST and VPAID is not as complex as it may have seemed at first.

Lastly, what’s surprising to me is to what extent will these technologies go, and what upgrade will we see next?

What is the main difference between VAST and VPAID?

VPAID metrics are considered more reliable than VAST as it inherits the IAB communication standard for third-party video players. In the VAST tag, the video player must support VPAID standards for ads to be displayed.

Does the VPAID tag also work on a mobile?

For mobile, VPAID is not considered an apt option because of its longer page-load time on mobile. 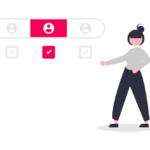 The Must-Try Ad Format of 2023 for Publishers: Interscroller Ads 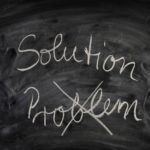