What are VAST Tags? How to Create, Validate, and Debug Them?

We have already covered the benefits of video advertising and how it can help publishers in improving their website monetization strategy. But on the technical side, serving video ads wouldn’t be as seamless if it were not for VAST Tags.

VAST Tags are like the usual third-party ad tags generated by any ad server. Except, in this case, it’s for video ads.

Video ads have witnessed substantial growth over the years, which can be directly attributed to publishers openly adopting VAST. Ad spending in video advertising is expected to reach $35 billion by 2024 from its current amount at $26 billion.

In this post, we will extensively cover the definition, implementation, and benefits of VAST Tags. This will help publishers in achieving a better understanding of how VAST works.

VAST was developed and introduced by the Interactive Advertising Bureau (IAB) in 2008. This was done in accordance with the growing adoption of video advertising. Since then, the IAB has updated VAST several times, some of which include VAST 2.0, VAST 3.0, and the most recent, VAST 4.0 released in 2016.

To put it simply, VAST helps in building communication between the ad server and the video player for seamless display of video ads. In layman’s terms, it is the language that a video player understands and speaks. Except, the language in its actual form is XML*.

*XML stands for Extensible Markup Language and it is used for encoding documents in a specific format readable by both humans and machines.

The XML data contains details about the ad type, location of the ad creative in the ad server, etc. which a video player can read.

This simplifies things massively as regardless of a publisher’s ad network or an ad server, they can run third-party video ads because their video player understands VAST. This in turn, saves time for Ad Ops personnel, because they don’t have to re-equip their video players every time video ads need to be served from a different provider.

What is a VAST Tag: Definition and Examples

Industry experts have noted that VAST Tags ‘work exactly like a third-party JavaScript ad tag, except it’s specifically for video.’

We have already learnt that VAST uses XML Schema as its markup language. VAST Tags are the bits of code used in this language. These tags help advertisers in understanding particular properties such as:

Since both HTML and XML are markup languages, the VAST Tag looks quite similar to that. Here’s how a complete VAST Tag appears:

If this is too complicated to understand, here’s a small section of a VAST Tag:

This is a sub-element of a VAST tag representing a MediaFile of type flv.

Elements of a VAST Tag

The sub-elements present in a VAST Tag vary based on advertiser’s requirements from a video player. We’ll use the above example to understand the basic elements of a VAST Tag.

How to Create a VAST Tag?

Now that we have learnt what a VAST Tag is and how it appears, here’s how to create it. There are three ways to do it: manually, using your Ad Server, and third-party tools.

If you’re a publisher and a developer, creating VAST Tags shouldn’t take much effort. Publishers without coding experience can make use of external web developers.

Once all the necessary parameters have been listed, they can be used together to create an XML-based VAST Tag.

Since Google Ad Manager is the most popular ad server available, we have covered it under using an ad server for creating a tag. It’s a simple approach and can be done this way:

A lot of third-party services offer tools for generating VAST Tags. Normally this is an additional feature in the video players used for displaying ads.

Ad Servers generally partner up with video player providers for this service. Here’s a list of video partners of Google Ad Manager.

How to Validate VAST Tags?

Since VAST Tags are XML-based, there is a chance that they may have a bug or can be faulty. In order to check the errors in a tag, publishers can use a validator. Here are the three most common ones:

VAST Tags can have a variety of errors, some of which can also be fatal. Here’s an extensive guide on resolving these common VAST errors codes. Additionally, following is a list of all the errors that can occur in VAST tags.

Ever since its development, the video ad serving template has helped umpteen publishers in increasing the scope of their monetization strategy. This couldn’t have been achieved if not for VAST Tags. Here are some of the benefits they offer:

It is estimated that by 2021, an average person will spend approximately 100 minutes per day watching online videos. This rate is only expected to go up with an increasing number of publishers actively grabbing the programmatic video advertising opportunity. Adopting video ads by using VAST Tags will maximize video ad performance across all web pages.

If this intrigued you and you’re a publisher starting with video advertising, here are some interesting reads from our blog: 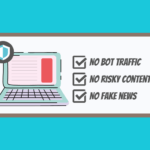 What is Brand Safety? And Why is it Important for Publishers? 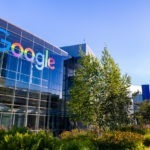