The CPM rate has always been crucial among other indicators. Although Adsterra advises focusing on ad income, in particular, CPM is crucial for assessing the effectiveness of your visitors.

We already discussed the main causes of a decline in the cost-per-mille rate, and now it’s time to concentrate on ways to raise CPM.

You will now receive a cheat sheet to use as a reference whenever you want to make sure your website functions properly. This concise guide will make it simpler to determine the key actions you must do to get toward higher ad profits.

Your app must be monetized if you want it to be successful. To make money, you may monetize your app by charging for downloads or subscription services. Your mobile app will never be successful without a monetization plan. Examples of a few apps that effectively leverage app monetization techniques and boost app income are shown.

Everything you need to monetize your app is in this tutorial.

We’ll explain why app monetization is important, its methods, which ones you should pick, and much more.

Also Read: Best App Monetization Platforms for Publishers in 2022 & Beyond

What is App Monetization?

Making money from app users is the process of monetizing an app.

This frequently entails a variety of tactics, including placing banner advertisements at the bottom of your app, using rewarded video adverts, and using integrated advertising techniques, which we’ll go over in more detail below.

Knowing how to monetize apps is essential since there are a variety of methods that app creators and marketers may utilize to make money. A well-thought-out app monetization plan, however, guarantees that you’re focusing on delivering a great user experience in order to keep and expand your user base financially.

Owning KPIs for the average purchase value, an average number of purchases and retention rates is especially important for analyzing a user’s lifetime value (LTV) and a marketer’s ultimate KPI, return on ad spend (ROAS).

People download more than 200 billion smartphone apps annually. Additionally, they spend more than $140 billion on subscriptions and in-app purchases within those applications. About 90% of all mobile internet time is often spent on apps, according to research.

Therefore, it is acceptable to create a mobile app concept and exploit the user base to increase app sales. In order to retain your app income and convert your customers, you must choose an app monetization plan in addition to developing an app.

How can Publishers be benefitted by App Monetization?

Despite the fact that 95% of applications may be downloaded for free, the industry as a whole made an astounding $400 billion in revenue that year through various forms of monetization. There are 5 ways to monetize apps: Paid applications, subscriptions, in-app purchases, and hybrid. You may economically keep and increase your user base by developing an app monetization strategy that is user-friendly.

The two monetization methods for mobile apps that are by far the most popular are in-app purchases and advertising. Start by deciding if you want your software to be a paid or free download in order to better understand what advertising model to utilize. To accurately gauge each model’s effectiveness, test many models while measuring KPIs like retention rates and ARPU.

2. What causes CPM to rise?

CPMs will increase if you have a niche audience or a high-quality website. To increase ad viewability, you can also test and experiment with ad formats and ad placements. Focusing on fill rate is another way to improve revenue.

CPM (cost per thousand) is a paid advertising option where companies pay for every 1,000 impressions received. The term “impression” refers to someone seeing a marketing campaign on social media, the search engines, or another platform. 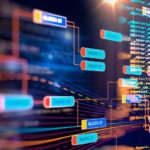 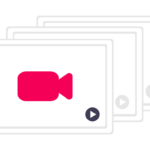