Before the internet, Encyclopædia Britannica was the place people went to for facts, information, and knowledge both commonplace and obscure. The online version of the popular encyclopedia currently gets 79 million+ pageview every month.

What most people don’t know however, is that Encyclopædia Britannica Inc., the group that owns the encyclopedia, also owns Merriam-Webster, an online dictionary and thesaurus that people visit to find synonyms, antonyms, and the usage and etymology of words. Merriam-Webster gets 97 million+ pageviews every month.

Together, the network receives 176 million+ monthly pageviews. Managing the advertising operations of sites with such high traffic volumes is a huge undertaking.

We reached out to Ben Elliff, Ad Operations Manager at Encyclopædia Britannica Inc., to learn more about how his day-to-day work looks like, and his opinions on the latest developments in ad tech and where the industry is headed.

Q1. How did you get started at Encyclopædia Britannica? How has the journey been so far?

I began working at Encyclopædia Britannica and Merriam-Webster in customer service. My supervisor at the time enabled me to branch out by finding ways for me to work with other departments, initially working on some SEO related activities.

When a position in the Ad Ops department opened up, the director of the department at the time gave me some guidance on becoming certified in various Google ad products. I completed the certifications and was able to demonstrate my familiarity with the systems during the interview. I am grateful that the team took a chance on me, as I have learned so much about ad ops since joining the team.

Q2. In your experience, how much have Google advertising products and header bidding evolved over the years?

There has been a tremendous amount of change since I joined the industry. While the underlying functionality of Google’s products has been slow to change, the advancements of their competitors have driven advancements in the industry.

Header bidding provided a strong counterbalance to the second price auction that AdX had been taking advantage of, providing true competition against Google’s demand. Even with that competition, it was not until other DSPs shifted to a first price auction that Google made that change themselves. The ability of the industry to change and evolve is something that keeps this job interesting, to say the least.

Q3. As an ad operations manager, what challenges do you face within and outside the organization?

One of the biggest challenges we face is in regards to the resource demands that ad tech demands on the site itself, leading to increased page load times.

Most parties understand that the ad serving technology is a necessary evil in terms of revenue generation. However, there are also legitimate concerns over the weight of the code on the page and the impact that may have on SEO and user experience.

Threading the needle between those competing priorities while determining the optimal ad stack can be quite tricky at times.

Q4. How do you use technology to stay at the top of your game? Which tools and services are your ‘life-savers’?

With a team of only three people, we are constantly working to find ways to optimize our operations. While we do rely on Google Ad Manager and Analytics for our day to day operations, it is really our trusted and valued partners that are our life savers.

When implementing a new demand partner, for example, it would be impractical for our team to create the hundreds of line items needed to get that partner up and running. Our partners at Index are able to do that heavy lifting for us by pushing the line items into GAM in order to get a new partner live through their header wrapper.

Q5. With Google eliminating third-party cookies, what challenges do you expect in the ad tech industry? And how do you intend to tackle them?

I think that publishers will be less able to rely on the market to provide the solutions that are needed to maintain revenue flow outside of Google and Amazon, and will need to ramp up their own capabilities to connect advertisers to their audience.

Finding ways to gather more first-party data is one area that we are focusing on and we will be exploring more contextual targeting as well. Diversifying revenue streams will also be important, whether by increasing subscription revenue, implementing micropayment systems, or by partnering with brands on content sponsorships.

Bonus Q: Any predictions for the ad tech industry?

The only thing that seems certain is that the industry will continue to change and evolve, while also growing as the digital space further matures. I would expect to see a shift in spend toward contextual advertising as well as an increase in direct deals, specifically sponsored content.

I think that brands will also continue to leverage social media in new and creative ways, seeking partnerships with influencers to reach new audiences. Privacy regulations will also become more prevalent and, with any luck, more consistent so that consumers will be able to understand the underlying technology better and how they can choose to support websites they trust by allowing advertising that is relevant to them with the understanding that their privacy is being protected.

Ben Elliff was born in Alexandria, Virginia and attended the College of William and Mary where he earned his B.A. with concentrations in Economics and History, followed by a Masters in Teaching from the University of Virginia. Ben moved to Chicago in 2007 to study comedy at the Second City, IO, and Annoyance Theaters.

Along with this diverse educational background, Ben has previously worked at MusicToday, Varian Medical Systems, TrueValue, and is currently working at Encyclopædia Britannica as the Manager of Digital Ad Operations.

Encyclopædia Britannica, Inc., the publishing company for Encyclopædia Britannica and Merriam-Webster, is the world’s oldest continuously published encyclopaedia. It was founded in 1768 and after 244 years, in 2012, the company announced to stop their print edition completely and focus on online assets. Also, in 1964, it acquired Merriam-Webster, known for publishing dictionaries and reference books.

60% of its revenue comes from online ad operations, 15% from online subscription and rest from offline efforts. For more than 250 years, Britannica has been the storyteller of history that has shaped us. And Merriam-Webster has been a trusted provider of English language information.

5 Questions With is an interview series in which we ask industry leaders on both the buy- and sell-side about the ongoing issues in the ad tech industry. 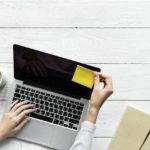 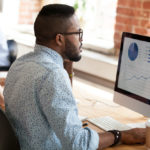