Earlier this month, we published a simpler guide to header bidding technology. A programmatic technique that works from within the user’s browsers and gives unprecedented uplift in yield; header bidding is a game changer in programmatic buying and selling.

Years ago, people used to say the same thing about RTB.

RTB is like online shopping… at once a mere convenience and also a game changer. Did we shop before the internet? Yes. And yet now we have more options, shop more efficiently, can personalize our experiences, and yes – often find better prices. As a result, we shop more and the total commerce pie has expanded.

In this short post, we compare header bidding vs RTB and see how the two programmatic techniques differ.

It stands for Real Time Bidding.

Simply put: RTB is an impression-level auction happening in real-time (in the time between the user requesting a web page and the page load completion). For all intents and purposes, this automated, instantaneous ad buying/selling is synonymous with programmatic, but it shouldn’t be.

Here’s how it works: Impression specs, page environment details, and user cookie are sent to publisher’s ad server and, and if it’s not already sold to a direct campaign, to an ad exchange. All interested advertisers bid on it, the highest bidder wins, pays 1 cent more than the second highest bidder (called second price auction, this is done to determine the ‘actual market value’ of an impression and to make sure the winning bidder doesn’t get ripped off in case they bid too high), and the creative is served.

It was a huge improvement over previous transaction models where inventory was purchased in bulk with no regards to targeting. We published a pretty detailed guide on RTB a few years ago, when real-time bidding was busy taking over the more traditional (read: manual and largely tedious) forms of display ad transactions.

RTB allows for Addressable Advertising; the ability to serve ads to consumers directly based on their demographic, psychographic, or behavioral attributes.

Publishers leveraged some control over impression value by setting floor prices. Deal IDs allowed them to create inventory packages based on content and placements. By this time, The openRTB landscape comprises of different RTB types — private auction flags (PMPs), direct deals (programmatic direct) and “first look” agreements with or without private first-party publisher data (beyond cookies).

Here’s how RTB is typically positioned in a publisher’s ad stack:

The Waterfall in the Ad Server

Within the inventory allotted to RTB transactions works the waterfall: If an exchange failed to meet required floor price before timeout, the impression moved on to the next demand source and so on until it’s either cleared or returned to ad server unsold.

In a normal ad server waterfall setup, direct buys go first. Then, publishers allocate inventory to one or more exchanges, using estimates and averages of what each exchange can bring in – not by gauging demand in real time. As the dominant publisher ad server, Google’s DoubleClick for Publishers is often “driving the bus” throughout this process.

How does Google’s DFP ‘drive the bus’? By putting Google AdX in a privileged position through “dynamic allocation” and “enhanced dynamic allocation”, which lets AdX surpass its position in the waterfall and bid first over every other demand source.

Dynamic allocation screws the other exchanges because it allows AdX to cherry-pick inventory.

You can also take a look at this video to understand the difference between Header Bidding and the Waterfall method:

AppNexus was already working on a system that could replace the waterfall. In 2009, they released Prebid.js and open-sourced it.

By now, you probably know header bidding flattened the waterfall, both figuratively and literally. It sends out calls to multiple integrated SSPs simultaneously, instead of sequentially jumping from one exchange to next.

The key thing with header bidding is that it allows the publisher to know if there is demand for any given impression in the exchange before they make their ad serving decision. The user has to call the SSP before the ad server so the SSP can read the user’s cookie and value the impression. By doing this, the publisher can work with many different SSPs and not just a single one. To work with multiple SSP platforms, there has to be a mechanism to have them all compete at the same level, rather than silo-ing them in a waterfall.

Header Bidding leaves the traditional RTB waterfalls in the dust, where direct deals were prioritized over everything else because the publisher had no wish to sell premium inventory for pennies at open auctions.

Thanks to header bidding, the traditional stack is inverted; it now looks more like this:

RTB is automated, real-time impression-level bidding, enriched with user data. It is but a method of programmatic advertising which itself can take different forms (private or open), depending on the method of execution.

Header Bidding is a programmatic technique where a user (remember, header bidding is still done client-side by most publishers and the browser makes a lot of calls) sends the impression key to multiple ad exchanges simultaneously, retrieves the bid values, and then calls the ad server to display the winning creative (usually Google’s DoubleClick for Publishers).

What’s the difference? In traditional RTB setup, publishers silo-ed away their inventory between direct deals and programmatic auctions (RTB), which possibly obscured the real value of premium impressions.

Header bidding breaks this wall and lets buyers compete for direct-sold inventory too, which can give sellers very real uplifts in revenue.

Merely deploying header bidding in your ad stack isn’t enough. Consistently optimizing it with technical improvements is the need of the hour. This is what AdPushup’s header bidding solution does. Through our multiple optimization features using data science and machine learning, we help publishers maximize their yield.

With our header bidding solution, you get: 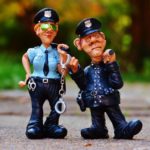 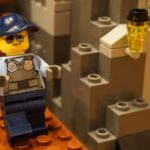 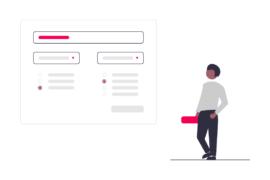 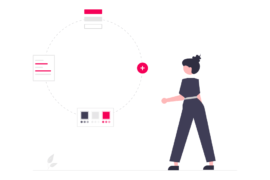 What are Header Bidding Wrappers? How Do They Work? 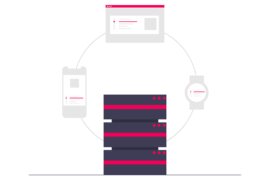 Client-side vs. Server-side Header Bidding: What to Choose?