The new version offers some much-needed security and more clarity in open auctions. Here's everything you need to know.
By Rashmita Behera September 17, 2019

Throughout the course of real-time bidding, the publisher’s inventory is openly available to various demand partners to bid on. This creates a higher chance of fraud like bid manipulation and data theft.

In an attempt to curb the ad fraud, IAB has released the latest update to OpenRTB. Interactive Advertising Bureau or IAB is an organization that creates standards, conducts research, and provides legal support to advertising agencies. And for real-time bidding, IAB has updated the existing OpenRTB structure for better security.

OpenRTB is a framework for real-time bidding that sets the rules to conduct RTB. Real-time bidding is a complex process where publishers place their inventory in an open market, where multiple demand partners bid on the available inventory. And finally, the highest bidder gets to place the ad on the ad unit.

Thousands of buyers and sellers transacting on billions of impressions at any given point of time, make the execution. The process handling is a lot trickier than it looks. Hence, it requires strict protocols in the form of OpenRTB to reduce complexity.

OpenRTB project is mainly handled by IAB with continuous contributions from experts from both the supply- and the demand-side. Since its inception in 2010, OpenRTB benefited buyers and sellers, equally. For publishers, it offers complete control over inventory by setting floor price and allows to remove specific demand partners. For advertisers, RTB 3.0 enables the greater and varied supply of inventories.

Last November, IAB introduced OpenRTB 3.0 with its final specifications and features. In addition to the existing features, this technology is more focused on improving security and transparency in the ad environment.

As supply-chain is getting more and more complex, the industry needs a system that brings out the desired transparency and security. In order to achieve that, IAB has made some major changes to the existing RTB protocol.

Here are the features of OpenRTB 3.0:

But Is There Really a Need for OpenRTB 3.0?

A publisher can sell the inventory via different methods—header bidding, programmatic guaranteed, private deals and more. While running multiple auctions on inventory via the same exchange, the exchange has to run multiple iterations of publisher specs for different selling methods. This increase response time and complexity. However, now with OpenRTB 3.0, the data overlap issue while running multiple methods would be resolved—3.0 is designed to avoid the repetition of variables. Meaning, OpenRTB 3.0 clean up the messy programmatic ecosystem.

Most publishers want to pre-approve the creatives. But the creative delivery method creates a barrier for creative inspection. OpenRTB 3.0 addressed this problem by introducing standards for approval and rejection of ad creatives between the supply and demand parties.

In an interview with eMarketer, Jim Butler, co-chair of the IAB Tech Lab OpenRTB Working Group, suggested that IAB was making incremental updates to the underlying 2.0 model. But the complexity of the supply chain has created the requirement for a new model—OpenRTB 3.0. And the reason for 3.0 not being backward compatible is the major changes made to the basic structure of the OpenRTB model.

What About the Adoption Rate?

As put forth by admonster, “There’s a darker aspect that may slow down adoption—integrating OpenRTB 3.0 to add programmatic transparency may not be in the revenue interests of a lot of intermediary players.”

The two major problems that are hindering the adoption of OpenRTB 3.0 is:

Jim also addressed the adoption problem with OpenRTB 3.0 in the interview. However, as a potential solution, he suggested encouraging ad exchanges to avail as much supply and demand available for 3.0 version as possible, so that the benefits (transparency and security) would sell its adoption.

If we talk about revenue, there is no direct impact of OpenRTB on money as it mostly focuses on security. But it surely prevents fraud causing many unseen damages to the ad industry. And once this technology reaches the mass, many advertisers and publishers would prefer RTB 3.0 over the previous versions. 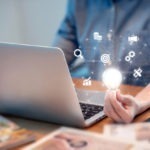 DFP Passback Tag: When to Use and How to Generate? 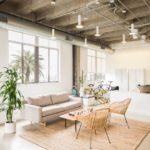 5 Questions with Kara Petrocelli, Director of Programmatic at GumGum