Optimizing Q4 ad revenue means making the most out of the increased website traffic during the holiday season. Here’s how to do it in 2022.

If you’re reading this, you’re probably still trying to figure out why your ad earnings have dropped. No matter what ad network you use, you’re not the first person to experience this issue.

Below are some statistics that prove it:

I. Programmatic ad rates and earnings-per-click (EPC) from affiliate marketing channels were down globally across the board in Q3. CPMs in the US were down by 15-20% in Q3, while the decrease in UK CPMs was more pronounced, at just one-third of year-over-year revenues.

II. Affiliate conversion rates were down over 25% compared to last year and a full 50% lower than in 2020. This was due to both inflation and consumers returning to brick-and-mortar stores after the worst of the pandemic was over.

Why are Ad Earnings Dropping?

What’s the reason for the decline in ad revenue, and what’s going to happen next? I’ve been asking people in the media and advertising industries. Here are some arguments to consider:

According to the Q3 Digital Advertising Insights report from Sovrn, Global economic uncertainty continues to impact the demand for digital advertising. The report is based on data from Sovrn Signal—a publisher data tool to capture viewability, CPM, engaged time, and click rates details the extent of the impact.

A number of studies blame Apple for rewriting digital ad tracking rules, which have made traditional online advertising much more difficult for Facebook and Snap. Similar, there’s a lot of discussion around the privacy rules such as GDPR and CCPA.

Even though these rules existed earlier also, but now there’s a lot of emphasis on protecting user data and privacy, and publishers must adhere to all privacy rules.

As third-party cookies disappear, advertisers are having a more difficult time tracking users across the web and showing them targeted ads. The industry’s overall revenue has been reduced as a result.

However, the question arises: will Q4 be optimistic this year? And if that is the case, is there anything publishers should be doing differently?

We answer these questions with insights from our CEO, Ankit Oberoi, Dikshant Joshi (Product and Pub Dev at AdPushup Inc), and Abhinav Choudhari (Director of Ad Operations at AdPushup):

Even though the advertising market is struggling, the economy as a whole appears to be okay. Or, at least, mixed.

Yes, the stock market is down, inflation is up, and there are plenty of dire predictions about the future.

But, on a good note, unemployment rate is low, and consumers are still spending, even though they are spending less than they were before the pandemic.

How can Publishers Optimize their Q4 revenue?

There are many solutions that publishers can deploy in their ad stack. As Ankit suggested earlier, there isn’t a one size fits all approach. The following tips can help you identify the best approach for your inventory:

One of the best things that publishers can do is A/B test their ad units. Since the quarter has already begun, this might be the best time to check which ad units are performing best. A lot of people tend to be on holidays, hence might use their mobile phones more than their computers.

Hence, A/B testing which ad units, formats, sizes will perform the best in a mobile environment can help earn extra revenue. Moreover, since traffic is high, testing newer ad formats such as video or rich media in ad units that return the maximum CTR might also be beneficial.

Publishers must have created content around the holiday season in previous Q4s. We encourage them to update this content through keyword research and analysis of previous traffic on it. This will provide the website traffic with adequate boost, giving more opportunity for earning through advertising.

Banner advertising is becoming old news and is being replaced by several innovative formats. Video advertising is one such format that is known for its generous CTR. Publishers can start with outstream video ads that do not require an external video player.

As stated before, the traffic on websites might be higher. Therefore, this might be the best time to try out video ads and see how website users respond to them.

We asked Abhinav if he recommends video ads to publishers in Q4, considering lots of people refrain from trying new stuff during Q4. Here’s what he thinks:

“I think back in 2008, ad tech wasn’t really there. While there were standards around advertising. At the same time, if you are not testing, you’ll miss out. So, here you might have a gamblers mindset. Be prepared for 2023.

I believe publishers should try products and solutions that could add to their revenue potential. CPMs levels this year went as low as Q1 this year. In Jan 2023, CPM could be lower than 2022. So, why not try out something new if your content is unique and authentic?”

In Q1 they can get back to good organic traffic. They can focus on improving core web vitals. Adding bidders continuously, and trying new solutions.

It is normal for publishers to experience a high volume of traffic during Q4. People are actively using the internet for answers to their search queries. So, what is the way to monetize this traffic without hurting their user experience? Native advertising.

Native ads merge well with the content and users like viewing them too. Because they do not cause disruption in content browsing, users appreciate that and often engage with them. Publishers can start with partnering with an ad network that provides native advertising in their ad stack (like AdPushup).

Check out this infographic for more tips on increasing ad revenue:

This year has brought multiple challenges to publishers’ revenue models, one of which is Google’s announcement to phase out third-party cookies. But there is light at the end of the tunnel. For publishers trying to reduce their dependencies on 3P cookies, here are some useful tips:

Contextual advertising has lingered in the corner for a while now as behavioural advertising took over the centerstage. While both have their own perks, behavioural targeting will become difficult with the demise of third-party cookies.

So to recover that revenue, publishers can use contextual advertising which employs keywords/keyphrases on a page to display ads related to the content. In any case, this will work in favour for publishers as the ads will be relevant to the audience.

As Ankit stated above, apart from the obvious metrics, publishers should be looking at audience segmentation in order to scale their revenue strategy. Any website can get users from all over the world and there is no singular approach that fits them all.

Hence, segmenting them on the basis of device, geography, etc. can make this data even more valuable. Publishers can then sell ad units through direct deals to advertisers and provide this valuable audience data for better ad targeting.

7. Use First-party Data for Performance Analysis

The best resource that any publisher possesses is first-party data. Publishers can do a lot more than just ad targeting using this data. Improving the overall performance of your website through the analysis of this data will also contribute to an increase in ad revenue.

Also Read: How 1P Data Will Drive Revenue in a Post-Cookie World

What should Publishers Not touch During Q4?

“By the end of year, publishers know what has worked well for them. So, preserve that. Sometimes touching things can be risky. In Q4 also, there’s scope of testing. For example, you might want to try out the price floor on low yielding ad units – inventory that is not going to harm their ad revenue.

Don’t do production level changes. Do A/B testing but with complete care. Roll out slightly in Q4. In Q1, you can go all in. Preserve the high performing ad units. Test with low performing ones in Q4 to see what happens.

Overall, in Q4, you shouldn’t sit back. Do at least a 10:90 test in Q4. You can be aggressive with the 50:50 test in Q1. Don’t withdraw all troops from the experimentation front. Don’t push too much but don’t withdraw either.”

Are there any challenges that publishers can come across?

The great news is that publishers have started to recover from the damage that was done to their revenue. In fact, it is an incredibly optimistic time for publishers as the initial anxiety of COVID-19 has vanished. And people are now more vigilant in their approach.

Sports around the world came to a standstill due to the pandemic. But now people worldwide are using the travelling and following sports.

Hence, even though Quarter 4 as compared to previous years might not be as profitable, the situation for publishers is definitely improving. In fact, people becoming increasingly dependent on digitization will be an added advantage to publisher revenue models.

Speaking of challenges, here’s what Ankit shared with us:

As advertisers are getting more picky about which audiences to buy, engagement level, viewability. One of the biggest challenges publishers have today is the lack of a segmented/personalized approach to ad monetization. How we monetize a user should be based on the value and engagement levels of the users – so the one size fits all approach is wrong and solving this is a key challenge for publishers today.

Additionally, slow economic revival could be another challenge that publishers need to encounter in this quarter. Even though the situation is improving, publishers are still awaiting revenue to return to pre-coronavirus levels.

Does the future look optimistic for publishers?

Yes, the future is certainly optimistic for all publishers. While there may be some conversation regarding online advertising not being a viable option, the reality manifests differently. Here’s what Justin Smith, CEO of Bloomberg Media had to say about the same:

There’s a lot of conversation about pulling out from advertising. But we think the advertising business will continue to be a viable option. The question lies in how we modernize and transform for a post-platform world.

If publishers continue to improve their ad stack and embrace the positive trends in the industry, their revenue will continue to grow. 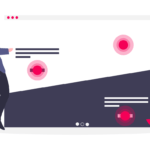 What are Heat Maps: Types, Benefits & How to Use Them? 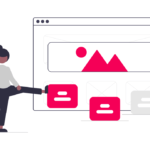 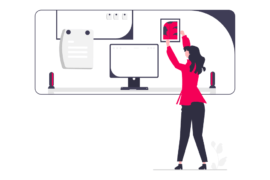 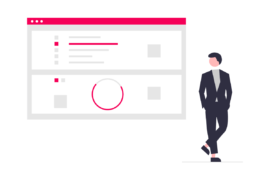 Page RPM AdSense: Definition, Calculator, and Tips to Increase It 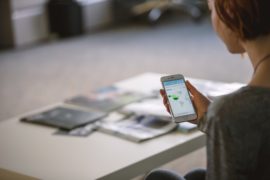