Publishers Will Now Only Be Paid for Viewable Ads [Policy Update]

Google recently announced on its AdWords blog that the Google Display Network is going 100% viewable in the coming few months.

This means that going forward, publishers will be paid only for the ads that are fully viewable by the user at the time of serving. Advertisers will be paying a 30 percent premium to use this new viewable ads model.

Here’s the update from their blog:

Most display ads — 56% in fact — never had a chance to be viewed because they were below the fold, scrolled out of view, or in a background tab. Soon, we’ll make the GDN one of the only media platforms where advertisers don’t pay for an ad impression unless it was viewable. This means your media dollars will only be spent where they can have impact. In the next few months, all campaigns that buy on a CPM basis will be upgraded to be viewable CPM (vCPM).

Currently, viewability is defined by Google using the Active View technology, in which an ad is counted as “viewable” when at least 50 percent of the ad shows on screen for one second or longer for display ads, and two seconds or longer for video ads.

What This Means for Publishers

While this is great news for advertisers, publishers will now have to pay more attention to their ad layout and make their website’s user interface a priority.

Advertisers will likely choose websites where their ads will have relatively higher viewability rates to keep their campaigns manageable and optimized.

Although this move doesn’t affect publishers working on a CPC model, those on a CPM model are likely to witness a dip in revenues if the ads are not well laid out or if the content isn’t engaging enough to hold the readers’ interest.

A Few Tips for Publishers

It doesn’t matter on which side of the table you’re on, there’s always a little bit of a learning curve with policy changes. Here are a few things that publishers can do to prepare themselves for what’s coming:

AdPushup’s advanced A/B testing software allows web publishers to automatically test and implement ad placements, type, and sizes which get the maximum RPM (and increased viewability) without compromising on the UX.

In order to better understand the factors that constitute ad viewability, Google released an infographic late last year that lists out five factors that affect ad viewability based on research data that was collected from Google Display Network and DoubleClick. 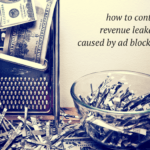 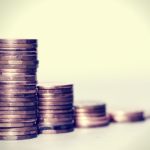 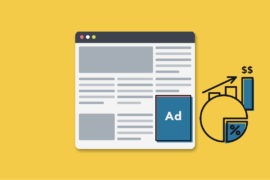 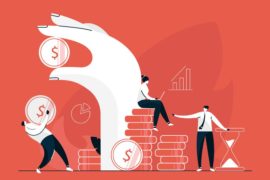 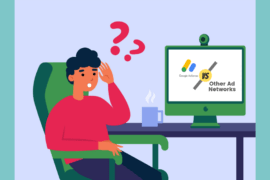