RPM vs. CPM: Difference and Examples to Clear Publishers’ Confusion

Let me guess, you were looking through your AdSense account checking your earnings and noticed a difference in your RPM and CPM rates. The numbers didn’t match. And now you are confused about which one to go after to understand your earnings. Well, you are not alone. RPM and CPM are two metrics that often confuse publishers.

So, let’s start with the basics and then understand the difference between them.

CPM stands for Cost Per Mille or Cost Per Thousand Impressions. It’s a popular term used by digital advertisers and marketers. It’s an advertiser-side metric used to track the campaign expense. Every time a CPM model-based ad serves an impression on a publisher’s web page, the publisher earns from it. This model is different from CPC (cost-per-click) ads where users need to click on an ad for a publisher to make money.

The formula to calculate CPM:

Here is an example to simplify it:

Suppose an advertiser sets a budget of $4000 for a CPM-based campaign. He invests in an inventory with a total of 4,000,000 (4 million) impressions. What will be the advertiser’s CPM?

Revenue per Mille or Revenue per Thousand Pageviews is the estimated earning of publishers based on the number of pageviews received. Here, RPM is the publisher-side metric that gives them a general idea about their earnings. However, the actual earning, after the ad is served, can be more or less than the estimated RPM.

The formula to calculate RPM:

Here’s another example to simplify it:

Suppose a publisher estimates his revenue, based on past records, to be around $600 for 600,000 pageviews. In that case, the RPM would be:

What is the Confusion About?

CPM is an advertiser metric while RPM is a publisher metric. Though Google AdSense uses RPM to tell publishers about their earnings, but shows CPM based ads; this is the source of confusion.

For instance, a user visits a webpage with four ad units. Out of the four, one ad unit is placed below the content. Now, a user scrolls through the webpage to a point where only three ad units could serve impressions. In such a case, the CPM will be based on the number of ad units which received the impressions (which is three), whereas the RPM would be estimated counting all four ad units. Similarly, if a publisher deals in 100,000 or more impressions a month, this difference increases.

This is the reason publishers often see a huge gap between CPM and RPM pushing them to think something is wrong with their business practices. But at the same time, if you’re implementing the right practices to increase RPM, there’s nothing for you to worry.

RPM vs. CPM: Which Should You Use to Analyse Earnings?

It’s up to you. Google AdSense shows publishers’ earnings via RPM. However, most ad networks consider CPM to show the publishers their earnings. But to note, none of these metrics viz. CPM or RPM, is accurate. These numbers are based on estimates, and hence the actual earnings can be different.

Now, RPM is great to keep track of your earnings. It provides you with a goal that you can achieve. But, publishers shouldn’t focus on only RPM. Working only on RPM can backfire一you can add more number of ad units per page to increase the RPM. But this might disrupt the user experience and increase your bounce rate. Also, too many ads can damage your site’s viewability score. The next thing you will notice is a significant fall in your earnings.

Next, CPM. A good CPM correlates with a good quality content, and hence a good viewability score. Also, CPM depends on advertiser’s budget and requirements. If a publisher’s inventory fits well as per advertiser’s requirement, then the advertiser will likely spend more on such inventory. By working to increase the CPM, publishers will try to improve the earning of each ad unit per page. This will encourage publishers to provide proper space for content and ad finally serving the better performing ads.

RPM is the metric for publishers to estimate their earnings. Whereas, CPM tells about the amount the advertiser is going to spend on the ad campaign. Also, publisher’s earning is ever-fluctuating because it depends on multiple factors that make it difficult to measure accurately. The factors that the measurement is dependent on are:

Above all, irrespective of any metric used to calculate the ad revenue, RPM or CPM, the earnings will always be established by a number of impressions you get. 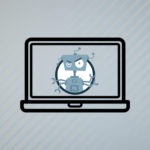 What is Invalid Traffic? And How Can You Reduce it? 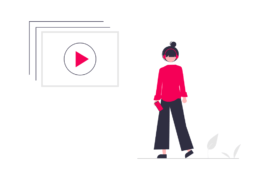 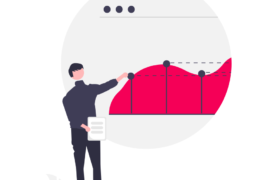 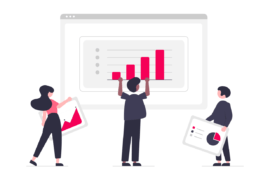 What are the Types of Cookieless Data for Publishers