Ad blocking advocates may tell you that all ads are terrible, but some ads are clearly more intrusive and annoying than others. Following the unabated rise of ad blockers, most publishers, ad networks, and regulatory bodies have scrambled to fix the bloated mess that online advertising has become.

Based on research and findings from the Coalition for Better Ads and Nielsen Norman Group, here are ten types of ads that users reportedly hate the most, ranked from least to most hated. Obviously, if you run these ad types, you would benefit in the long-term by removing them from your inventory.

You know those ads that follow you around the internet? One second you’re looking at digital cameras on Amazon and the next second every website you go to is trying to sell you those cameras? Those are retargeting ads. Apart from e-commerce websites using it to turn window-shoppers into buyers, retargeting is also employed by-product companies for brand awareness and recall. The reason users find these ads pesky is because they use cookie-tracking and it feels intrusive.

Also known as “persistent banners”, these ads are typically large and either appear on the top or the bottom of the webpage and obscure the main content. As the user scrolls, the ads stay stuck in their place, creating a highly obstructive experience. To close the ad, you have to find a little [x] mark at the corner of the ad, although most users just prefer to close the page and bounce.

Intracontent ads exist between the main content of the webpage. Intracontent ads come in two varieties, one that stay in a static place, and the second, more annoying variant that reorganizes the main content to grab the user’s attention—usually by expanding in place and pushing the content downwards. Need to say, users found intracontent ads with content reorganization to be much more disruptive than static intracontent ads, implemented with restraint, the latter can actually be a good compromise between increasing ad engagement without ruining user experience.

Also known as “modal ads”, these appear on top of the main content of the website and must be closed before you interact with the content. Many blogs use them as “welcome banners”, where the users are requested to enter their email address to subscribe for updates, we’ve used it on our own blog here before, and while it offers marginally better conversion rates (that’s why it’s so popular)—it interrupts the user experience in a way most others ads do not.

Ever been on a website to download a file and found yourself unable to find the real download button from the tens of others lookalike buttons? Those are deceptive links. Not only do deceptive links intentionally distract the user from the main action, they often frustrate users by opening multiple new windows with ads and even obscuring the main page webpage the user was on.

Pop-up ads run on JavaScript and aim to hijack the users’ attention by popping up into the foreground of the webpage you are on. You can hit the close page to dismiss it but most users will just leave a website still using pop-up ads in 2017. They are also particularly vulnerable to security threats including malware operations that trick users into installing a software they don’t need, or in some cases, software that can steal their data or infect the system with bloatware or viruses.

Last year, Mozilla, Google and Facebook joined hands in phasing out Flash ads. There are headlines asking “Is Flash Dead Yet?” going as far back as 2010. Truth is, Flash has been dead for a while, no self-respecting web designer will be caught using Flash elements in any part of designing a website. But somehow advertisers and ad networks have missed the memo and are still placing those gaudy flashing banners in terrible colour schemes on webpages.

Prestitial ads are is a subtype of interstitial ad that appears before a requested webpage loads, a particularly pesky version of it comes with a countdown—seemingly there to guarantee that the user will pause enough to actually see the ad instead of skipping over it. Users hate it because well, is there anything that internet users hate more than waiting for something? Interstitials are generally a poor pick when it comes to user experience, and when you add a timer, they just get worse.

Don’t you hate it when you’re browsing and then suddenly some audio starts playing and you have to spend five minutes trying to figure out which one it is? Thankfully, almost all browsers display a tiny sound button on every tab that has an audio playing, but that doesn’t help because no one is going to pay attention to any ads that tries to grab it in such a heavy-handed way.

Are you using one or more of these ad types?

If you are, you should consider replacing them with more standard ad types and sizes recommended by AdSense or any other ad vendor that has a focus on quality.

Why? First, your users will thank you for it, even if standard banner ads may not return the same results, and native may be hard to measure—your bounce rate will decrease and time on site will increase. Second, with organisations like IAB and the Coalition for Better Ads working relentlessly to clean up the online ad ecosystem, if your ads comply with the safe ads standards, you may gain from not having them filtered by ad blockers in the future. 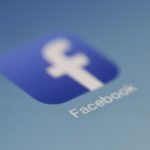 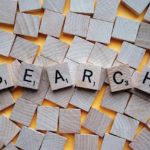 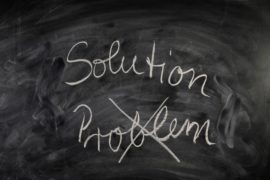