What is Invalid Traffic? And How Can You Reduce it?

Invalid traffic in 2018 constituted about 30% in China’s total advertising traffic. Similarly, in Q3 2018, US had a fourth-highest ad fraud rate where at least 17% of ads were visited by non-human traffic. Needless to point out now that invalid traffic is a world-wide problem. All publishers, including you, are receiving some amount of invalid traffic and clicks on their websites, regardless of your size and your niche.

The truth is that nobody can entirely eliminate this invalid traffic. As a website owner, you still need some bots (like search engine bots) to crawl your website. However, you can certainly work on preventing the bad ones from giving out fake clicks and impressions.

What is Invalid Traffic?

According to the Google AdSense:

Invalid traffic includes any clicks or impressions that may artificially inflate an advertiser’s costs or a publisher’s earnings.

This can be done by mistake or deliberately with the intention of fraud. In both cases, these clicks and impressions have no actual value. From the perspective of the advertisers, such traffic doesn’t end up becoming good leads (ultimately resulting in revenue), hence, makes the impressions and clicks worthless.

Invalid traffic is not good for anyone. Fake impressions and clicks increase the cost of advertisers. And too much of non-converting traffic can lead to a decrease in the market value of a publisher’s inventory. Not just that, invalid traffic messes up with the analytical data, making it difficult to plan campaigns on the advertiser end and to forecast inventory on the publisher end.

Hence, when you notice suspicious traffic (like a sudden increase in users or spam comments), it’s best to take that seriously.

Know About Your Traffic and Users

Start by breaking down your audience in segments based on channels, location, device usage and more. Analytics tools like Google Analytics can help you with the same. Watch out for a sudden fluctuation in the number of users or suspicious user behavior. Next, keep looking at metrics like average session duration and page scroll depth. All visits lasting <1 second and most users not scrolling past at least 10% of page depth are signs of bot/invalid traffic. Being informed is the first step to prevent invalid traffic.

How is purchasing traffic for your webpage going to do any good? Once, your subscription expires with the traffic provider, you will be down to low/no traffic. Purchased traffic mostly consists of click farms where either computer software or humans are assigned to provide impressions and clicks. This will never be good for your brand. Instead, invest in better content, user experience, and search engine optimization to organically increase traffic.

You ideally want the advertisers (advertisements) on your site to fulfill their goals (getting better leads and conversion). This would eventually benefit you with advertisers willing to pay more for the quality of your site and the conversion that comes with it.

Never click on your own ads and/or ask your friends/family to click on the same. AdSense has a very strict policy for invalid clicks on ads. Clicks on ads by publishers are easily identifiable by Google (mostly via IP address monitoring). In response to such activities, Google suspends or disables the publisher’s AdSense account. Remember, the real purpose of ads is conversion and for each genuine click, Google pays you. In case you have clicked on one of your ads by mistake, inform Google as soon as possible. Accidental clicks happen and Google understands that as long as these are in limit.

Placing your ads in a way that induces users to click on them by mistake is also considered as fraud. If your ad tags are overlapping content or hidden behind the page elements, then clicks will lead to IVT. Make sure you check that the ads are not disrupting the user experience. Take help from ad viewability best practices, if needed.

Get Your Traffic Vetted by a Third-Party

There are a number of ad fraud detection companies helping publishers combat ad fraud including invalid traffic. Companies like WhiteOps and Pixalate are accredited by Media Rating Council to detect sophisticated invalid traffic (SIVT). These companies help by eliminating the non-human traffic before the site loads (or ad loads) in real-time. Furthermore, by taking the help of a third-party company, you can dodge other fraud like domain spoofing, ad injection, ad viewability issues as well.

Google Analytics makes it easy to filter the invalid traffic out. Here is how you can do it:

Google Analytics is pretty good at finding and filtering bot traffic. However, it doesn’t guarantee 100% removal of invalid traffic.

What Else Should a Publisher Know?

Elias Terman, vice president of marketing at Distil Networks, explained, “Actually, publishers lose a lot more money than they realize to fraud, because they don’t factor in the revenue they lose when fraudsters send bots to visit their sites to create a fraudulent cookied bot audience, and then sell their cookied NHT as readers on the open exchanges. Advertisers allot a budget for this traffic, but it’s the fraudsters, and not the publishers, who collect it.” Given this traffic will lead to no conversions at all, it will become difficult for the advertisers to continuously pour in budgets to your site for the long term.

Advertisers are always on the lookout for means to avoid working with such publishers with invalid traffic. In the process, they hire ad fraud protection agencies that simply eliminate and/or block publishers with suspicious traffic. In order to avoid ad fraud, there is a cost to be paid to an organization helping you to fight them. What that means is that instead of the total budget being spent on your site, a part of it is now being spent on these fraud prevention companies (ultimately reducing publisher revenue).

Hence, publishers are recommended to comply with the above-mentioned tips to avoid invalid traffic and better ad standards to make the most out of their inventory. 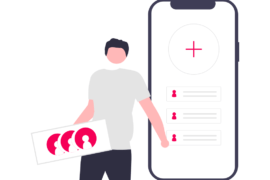 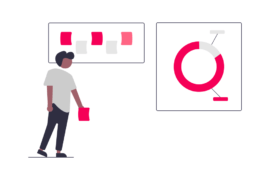 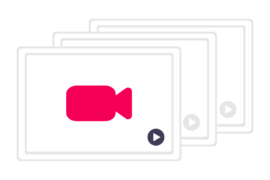