Justina Palinavičiūtė, Head of Ad Ops at Bored Panda, was contacted by us to discuss seasonality, Facebook’s revised news feed, and other topics. Read now!

Bored Panda began in 2009 as a collection of highly-visual art and design blog posts all created by Lithuanian photographer, Tomas Banišauskas.

Today the site employs a team of forty-two people (and growing at a fast clip, especially in the video department). Bored Panda ranks among Alexa Global top-1000 publishers and remains strong in its position as one of the top social publishers with a combined follower-count of over 16 million+ for its various Facebook channels.

We caught up with Justina Palinavičiūtė, Head of Ad Ops at Bored Panda, to talk about seasonality, Facebook’s updated news feed, Chrome (and) Adblock, and more.

Q1. How do you deal with post-New Year slump?

Seasonality is pretty natural: The first thing after NYE opening reports is not the question of whether you’ll experience the crunch, but how bad it’d be.

We’re very adaptable (you have to be, to keep up with the industry), so no January is the same as any of the ones before. This year, however, we’re seeing the situation stabilize quite fast.

If it gets bad, you simply recall that no Q1 (now or in future) would be quite as bad as those you had before making the switch from being an AdSense-only publisher to a more well-rounded media seller. If you’re humble enough to remember those times, then it’s easier to take things in stride.

Q2. Any apprehension about Chrome’s ad filter or AdBlock?

Our Ad Experience report card was clean. We are very serious about user experience. We are strict in our belief that ads with auto-play sound and in-banner videos are less than what our reader deserves (I won’t even start on pop-ups). So Chrome update isn’t likely to affect our products.

Adblock itself isn’t big on mobile, so for the time being it’s not the first thing I think about in the morning. But yeah, if we were able to understand why individual users block ads and could tailor solutions to their needs, that would be great.

Q3. How does Bored Panda balance content and monetization?

It’s clear you can’t earn all the money so the decisions are based on what you are willing to sacrifice for another dime. We try to have a healthy balance with that.

For instance, a lot of our content is light-hearted, but we’re currently doing a lot of pieces on depression and mental health, how artists battle them, etc. These are often quite dark and DSPs aren’t too keen on buying this inventory so it gets lower prices. But we will keep on posting them because they help society and a lot of our readers relate to this.

We try to stay away from clickbaity titles, but we also have a mutual understanding between the monetization and editorial side of things so we don’t argue on reaching the goals. Not having external investors to report to helps a lot in keeping the site and content user-oriented.

We will continue to provide our users with content they love and engage with, of course. We have the most engagement per post, some claim.

Facebook also talked about users being able to rate publishers they like, giving them an advantage with the algorithm – so we are going to continue being as nice and likable as a panda can. And this may sound boastful, but Facebook’s previous updates have been a lot harsher on our competitors than us. Nonetheless, there are more announcements to come from the platform, so we’ll stay alert.

Meanwhile, we’ll look into diversifying. There’s more to traffic than Facebook. We have BoredPanda apps and the brand itself is well recognizable. We recently started a Youtube Channel called Crafty Panda. It’s in early infancy, but we’ve received some great comments. I love crafts and spend a lot of time in their studio, so I am very subjective. But knowing it carries the same quality requirements as our site, I’m certain it will do well.

Q5. What would you advise publishers to watch out for in 2018?

At the risk of sounding boring, I’ll say – diversify. But more importantly, learn to be kind to your audience – Facebook’s update should hammer in the point that ultimately, the users are the ones who can make or break your entire business model.

I’d also advise publishers to try new things. Get into as many betas as possible. Not all of them may turn out to be effective, but it’s a good way to learn what the future might be like before it gets here.

To be honest, up until last week I was hoping this will all just go away. It’s the ambiguity that’s off-putting; no-one really knows what the post-GDPR world will look like, how the regulations will be enforced, or whether compliance would be too much effort for too little payoff.

We do have a lot of partners and we understand that their operations will be affected – which will, in turn, affect us. So on our end, we’ll work on getting our vendors in line – renegotiate contract terms and all that – and make sure the users’ opt-in pop-up looks awesome. 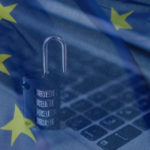 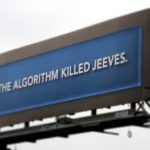