If you happen to frequent this blog, you probably know that we’ve already covered ad blockers before in some detail here and here.

But ad blocking tech is such a rapidly evolving landscape—with so many push and pull forces at play—that everything changes in a few months.

So in this post, we’re going to get you up to speed with some of the latest news and updates about ad blockers you need to know as a publisher.

1. Ad Blocker Adoption Numbers Show No Sign of Slowing Down

This should perhaps come as a surprise to no one.

Last year, PageFair published a report on ad block adoption rates that showed the magnitude of the issue, here are a few findings from the report:

Think about this: When the TV remote was first launched, everyone wanted to get the model that came with the remote because it was a convenient way to channel surf between ads—it’s the same with ad blockers.

It’s a common human tendency to avoid anything that we find even mildly interruptive, without necessarily thinking about its long term impact (which, in this case, means publishers going out of business).

I did a quick poll on Twitter to see how many people among my followers were using an ad blocker. The results surprised me to be honest, I didn’t expect the ad block users to surpass those who don’t use an ad blocker.

So basically, we’re in a situation where using an ad blocker is now the rule and not the exception.

In online discussion forums, in the comment section on tech websites, on Reddit threads—users side vehemently with ad blockers because they save time, data, and even battery. Fair enough.

But are these ad blockers really working from the purity of their heart to create a more sustainable web or are they just out to make a quick buck—the free web be damned?

2. Ad Blockers Are Making Money from Ads and Tracking

Ad Blockers love to advertise themselves as guardians of the Internet, heroically sweeping in to save users from pesky advertisers out to destroy their lives. This exaggerated messiah complex aside, it’s ironic that some of these ad blockers are doing the same thing that they claim to protect users from.

The prime example being AdBlock Plus, the most popular ad block software on the Internet. What many people don’t realise is that Adblock Plus does not block all ads—it only blocks ads from advertisers who aren’t rich enough to pay their way past the barriers.

Adblock Plus runs something called an “acceptable ads” program where advertisers can have their ads whitelisted and displayed, provided they meet some predefined criteria such as ad placement, size, and distinction, and also provided they pay up.

The only winner in this scenario is Adblock Plus itself—for costs have now gone up for advertisers and users still aren’t being truly protected from all ads. (To be fair, they do have an option to fully turn off all ads, but that’s besides the point being made here.)

Some, including Randall Rothenberg, the president and CEO of advertising trade group Interactive Advertising Bureau (IAB), have likened this to an elaborate extortion scheme:

The ad-block profiteers are building for-profit companies whose business models are premised on impeding the movement of commercial, political, and public-service communication between and among producers and consumers.

AdBlock Plus is far from being the only ad blocker that’s doing this.

Ghostery, another popular ad blocker, collects anonymised data on trackers and resells it to publishers, websites, and companies. Then there are ad blockers such as 1Blocker and Disconnect that operate on a freemium model wherein the user has to pay to unlock their full blocking capabilities.

It’s important to note that for a majority of the ad blockers, concepts like the “free web” mean nothing as long as they keep making money—and in the long run, they’re going to end up damaging the delicate balance that exists between the advertiser, publisher, and consumer—something on which the entire framework of the Internet relies on.

3. Ad Blocking is a Symptom, Not the Disease

It’s easy to view ad blockers as a problem, but whatever their mode of operation may be, to the end users it is a solution. If people around the world can pirate music and movies, you bet they’ll have no qualms about installing an ad blocker—neither will most of them see it as an act of stealing from the publisher.

No, the real problems are ads themselves. Over the years, ads have gotten slow, bloated, and intrusive to an extent that’s simply not acceptable to users. Here’s a wonderful little poem one man left in YouTube comments:

For the longest time, neither advertisers nor publishers nor developers were really interested in fixing or even acknowledging this problem. Perhaps they weren’t fully aware of the extent to which it irked users.

Now, thanks in part to the emergence of ad blockers, they can’t afford to look the other way. In fact, they are quick to admit their past mistakes:

In 2000, the dark ages came when the dot-com bubble burst. We were told that our startups were gone or that our divisions sustained by corporate parent companies needed to be in the black. It was a wakeup call that led to a renaissance age. Digital advertising became the foundation of an economic engine that, still now, sustains the free and democratic World Wide Web. In digital publishing, we strived to balance content, commerce, and technology. The content management systems and communication gateways we built to inform and entertain populations around the world disrupted markets and in some cases governments, informed communities of imminent danger, and liberated new forms of art and entertainment—all while creating a digital middle class of small businesses.

We engineered not just the technical, but also the social and economic foundation that users around the world came to lean on for access to real time information. And users came to expect this information whenever and wherever they needed it. And more often than not, for anybody with a connected device, it was free.

This was choice—powered by digital advertising—and premised on user experience.

But we messed up.

Ad blockers have helped bring the weaknesses of the ad ecosystem in sharp focus so that advertisers, publishers, and developers can all come together to work on eliminating the real problem here, which is not ads, but bad ads.

Hope is few and far between for publishers in the whole ad block war, but every now and then, you see a glimmer of it. According to a study conducted by IAB/YouGov, when users were asked whether they’d switch off the ad blocker to access website content—54% percent responded that they would.

Piers North, strategy director at Trinity Mirror, says the study suggests that the users have an innate understanding of how important ads are to online publishing:

There’s a value exchange with any publisher that is putting its content up online. That doesn’t come for free, and I think consumers are starting to appreciate that perhaps more than they used to, by accepting in return for such content they will need to give us the opportunity to serve them ads.

Many publishers are in fact going down this route, with Forbes being the most prominent example (GQ is another). If you were using an ad blocker and visited the Forbes website, here’s what you would see:

This little experiment actually worked out pretty well for Forbes as they managed to get 42% of users to turn off ad blockers in exchange for an ad-light experience and monetised 15 million ad impressions that would have otherwise been lost.

So this is one strategy you might definitely want to try out for your own blog or website because it’s proven to work.

If you plan to implement it, here’s some great advice from Online Sales Guide Tip on how to best communicate it to your readers:

Be Genuine & Authentic: Clearly and genuinely communicating the importance of ad revenue has an impact on readers. Simply stating the consequences (i.e. shutting down) due to ad blocking can compel readers to whitelist a site.

Explain the Importance & Necessity of Ads: Remaining honest about how ad revenue allows a site to operate can help readers understand its importance. Accordingly, a direct call-to-action can compel them to whitelist a site so that they can continue to enjoy the content.

Commit to Providing Content Without Invasive Ads: In the end, online publications need to commit to preventing invasive ads that interrupt the user experience. No matter how lucrative an ad contract may seem, if the delivery of those ads is invasive, it will inevitably alienate an audience. Publications must commit to ads that are non-invasive – and hold themselves accountable when advertisers push those boundaries.

5. There’s a Lot That You Can Do As a Publisher to Fight Ad Blockers

In our previous post on the things that you can do to fight ad blockers (or at least somewhat control the revenue leakage caused by them), we covered in some detail things like:

But since that post was published, publishers have found even newer ways of getting past ad blockers, some of which include:

There’s an excellent guide over at Smashing Magazine titled
A Never-Ending Story On Ad-Blockers that covers these methods in all the detail you will ever need. I highly recommend that you read it and formulate your own ad block fightback strategy for your website by experimenting and c

ombining one or more of the methods that have been described.

What measures are you taking to balance out the revenue disruption caused by ad blockers? Are they working? Let us know in the comments.

Disclaimer: We feel that blocking ads is not a long term internet-friendly solution and discourages publishers to create freely accessible content. However, we do realize how obtrusive and  UX unfriendly some ad formats and networks are. Some initiatives like Acceptable Ads might be the right solution. 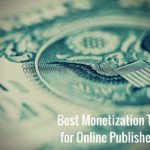 The Ultimate Guide to Monetization for Online Publishers [Always-Updated] 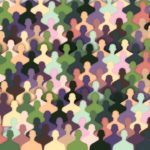