Google Cracks Down on Content Scrapers and Dubious News Aggregators

In response to a veritable tsunami of backlash following the general election day (when a blatantly fake website got the top spot for Google search query “Final Election count 2016” on Nov. 12), Google is finally moving to curb the spread of misinformation. The search giant will ban fake news sites from AdSense – a bold move that seeks to cut the revenue streams for publishers of dubious content.

How it All Started

The need for such a move became apparent after Buzzfeed published a report on Macedonia’s teenagers earning thousands of dollars of AdSense revenue through pro-trump websites.

These portals stole (aka scraped) pro-Trump content from other alt-right websites like ConservativeNews.com, The Rightist, etc., gave it a sensationalist headline, and shared it on social media; where they spread like wildfire and got the websites an incredible amount of traffic.

News aggregator portals were caught up in the storm as dubious content captured top slots from sheer social traffic.

“Five young people from Veles, who were contacted by “Meta” pointed out that financial reward is the strongest motive for registering such websites.” – Meta.mk

In a statement to Reuters, Google gave the following response:

“Moving forward, we will restrict ad serving on pages that misrepresent, misstate, or conceal information about the publisher, the publisher’s content, or the primary purpose of the web property.”

When asked about the (zealously guarded) search algorithm that got duped and displayed a dubious site as top search result, Google says,

“In this case we clearly didn’t get it right, but we are continually working to improve our algorithms.”

In a separate statement, a Google spokeswoman said,

“Google has long had rules for its AdSense program, barring ads from appearing next to pornography or violent content. Work on the policy update announced on Monday began before the election.”

Currently, Google AdSense review policy takes into account factors like website age (on paper – 6 months old) and amount of content “that gives value to the readers”. AdSense also monitors the site for click fraud, both before and after granting temporary approval. The process is carried out by human reviewers and artificial intelligence.

The new move, if properly implemented and enforced, could make the review process longer than the current baseline of 24-48 hours.

The move is quite a bold attempt to discourage publishers from spreading misinformation or opinions as facts. So, would the sites that have disclaimers saying they publish dubious content be safe?

“Probably not, unless their disclaimers scream on every post that the content a user is about to read is not factually correct,” says Ankit Oberoi, AdPushup co-founder.

AdPushup, a platform that helps publishers optimize their ad revenue, has its own manual review process which filters out sites with scraped or ‘filler’ content.

As far as putting a leash on misinformation goes – the move may not be all that effective. Once AdSense bans fake news, other networks could just as easily step up to take the mantle, the move would effectively cut into revenue streams and make lives difficult for common publishers sine they don’t really know their options apart from AdSense. As many as 40-50 publishers on ComScore top 5000 publish dubious news, but they may have in-house ad-ops teams and custom configurations that don’t rely on AdSense. 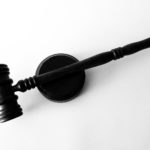 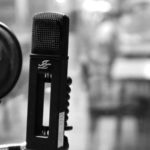 The Best Blogs, Podcasts, and Resources for Ad Ops Professionals