Over the last few years, header bidding has gained immense popularity with web publishers looking to increase their ad revenue. A concept first developed by AppNexus back in 2009, header bidding allows multiple demand partners to bid simultaneously for ad impressions, as opposed to the waterfall setup, in which unsold impressions were bundled and passed on from one network to the next for bidding—resulting in an inefficient and slower auction.

For a while, Google watched header bidding grow with only a benign indifference, but as the group of exchanges that supported header bidding started to grow and formed Prebid.org, thereby threatening Google’s global dominance in advertising—it had to jump back in the game. So in 2016, Google started working on a beta dubbed Exchange Bidding (now Open Bidding), which was to be their answer to header bidding.

Meanwhile with rapid adoption, header bidding started facing some technical issues of its own. For every demand partner that participates in header bidding, the publisher has to add a unique code into the header of their website. Beyond a point, this starts to greatly reduce page load speeds. In order to solve these page latency issues and other performance bottlenecks associated with header bidding, server-to-server header bidding was built, under which all the auction-related tasks and the actual bidding takes place on a third-party server away from the publisher website.

Google’s Exchange Bidding now brings this server-to-server integration to its DoubleClick suite of products for publishers, as announced in a blog post earlier this month.

With Exchange Bidding, publishers can increase revenue by allowing multiple exchanges to compete with each other — and with DoubleClick Ad Exchange — in a unified auction. In addition to boosting CPM’s, Exchange Bidding provides publishers with a holistic view of each ad partner’s performance and a streamlined billing and payment process. Today we are rolling out new reporting capabilities to provide publishers with greater insights and transparency into each ad partner’s performance.

Google has already formed partnerships with more than 10 exchanges including OpenX, Index Exchange, Sovrn, Triplelift and Aerserv so that publishers can access this new demand in real-time directly in DoubleClick. Together with these exchange partners, Google will now compete with Prebid.org, the header bidding consortium lead by AppNexus.

Exchange Bidding will be expanded into more ad formats, including video ads, and transaction types, including programmatic deals. Both are currently in closed alpha testing and will be released to open beta over the next few months. Note that as of now, Exchange Bidding is only available to DFP Premium publishers, with an invite-only beta for DFP Small Business users. You can view the help pages of DoubleClick to learn how Exchange Bidding works in more detail. 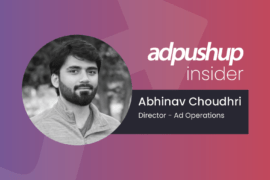 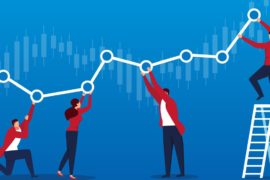