After Methbot and YouTube, it’s not just advertisers rethinking their relationship with ad tech. Publishers are doing their best to take matters into their own hands as well.

Purch built itself a host of custom bidders to sell video inventory programmatically. SheKnows controls its auction dynamics through a header bidding wrapper of its own creation. Telegraph wants to overlay its data management platform on bid landscape to match its audiences more precisely with buyers. Washington Post created a ‘customizable content unit’ and chucked away several vendors that simply weren’t good enough—all in a bid to replace ad tech with something they have control over.

But even big league publishers can’t entirely do away with ad tech vendors.

The platforms publishers use to sell ad inventory put a strain on revenue, data security, and page speed. Publishers still rely on these platforms for the sake of access to demand at scale, sophisticated services, and, should something go wrong, “a neck to throttle”.

Even if a publisher has a strong internal tech team that is capable of building its own products to replace third parties, a lot of vendors stay embedded in publishers’ stacks because pubs don’t want to pay engineers to monitor and tweak these products, and they want somewhere to turn for a quick fix whenever there is a malfunction.

With countless platforms (SSPs, exchanges, and networks) to sell ad space with, how do you pick the ones that will prove profitable in the long run?

Once picked, they’ll have access to your ad inventory. It’s not a decision to be made lightly.

In our previous post on how to choose an ad network, we advised looking at the quality and format of ads, the amount of demand, compensation terms, etc.

Things have changed since then, a lot of new technology has come in. You’ll also want to integrate with platforms that come with additional capabilities like header bidding support with prebid.js, custom wrappers, Google’s exchange bidding, S2S connections, and more.

Here are a few features in particular that you should look for:

Recap: Publishers use tags on their websites to sell ad space as per their specifications.

Every platform lets you create unique ad tags without mucking up the syntax using its interface—you input page information and generate a properly formatted tag to place on your page.

“Pub-managed tags” means that a platform gives you freedom to configure and place these tags.

For instance, AdX, AdSense, AppNexus, Rubicon, Index, AOL, OpenX, Sovrn, PulsePoint, etc., allow publishers to manage ad tags on their own. But there are others that don’t.

You want to manage your own tags if you have an internal team handling ad ops and yield optimization. You’ll need the legroom to test and optimize ad calls and acceptable responses, zone maps, impression sale options, ad experience, as and when needed.

Platforms that don’t allow publishers to manage tags appoint an account manager who takes care of it for them. This isn’t a necessarily a bad thing, but it means a long time spent going back-and-forth with your account manager over implementation, errors, and preferences.

This is a fiddly phrase.

Those who work within the industry know that almost all ad networks and exchanges are mediators with little or no “unique demand” of their own.

Ideally, you will want to partner with vendors who get a significant portion of their demand directly from advertisers. This is for several reasons.

First is for the sake of reducing the number of ad tech “middle-men” eating into the ad spend before it reaches your hands. Imagine there are two networks A and B. Network A has unique demand, while B just resells what A has. The ads that B sells will get ‘taxed’ twice because they go through two different vendors before passing onto the publisher.

Another reason is to prevent demand cannibalization. Advertisers end up bidding against themselves for the same impression through different sources. You want real competition to drive prices up in an auction. “Unique demand” means new competitors bidding on available inventory. And with fewer redirects leading to the original source, it could be easier to watch out for ad fraud when working with unique demand sources.

As you grow and build advertiser relations, you’ll be able to bring your own demand to the stack. Meanwhile, grill your platform executive about where their demand comes from. If they have unique advertising demand for your niche / audience, that will be great.

Tech and media should be separate, with different fees. There is no excuse for opaque black-box fees from SSPs. Clearly ad tech vendors need to make money, no one disputes that. It’s the ‘how’ they make money that’s the problem for publishers.

Insiders applauded Guardian’s move as “brutal but much needed”. But comScore 500 publishers are one thing. Smaller publishers don’t have enough leverage to ask vendors to disclose buyer-fees.Demand partners will show you the percentage share they take out of your revenue, but not the ‘tax’ they take out of buyers’ ad spend.

Any way you flip it, you don’t know how much of the revenue a platform is keeping for itself before paying you.

Platforms like Amazon Transparent Ad Marketplace took a step towards transparency with SaaS price models, but we are still a long way off.

For the time being, you can only grit your teeth and work on building direct-sales relations. We’d also advise you to tread cautiously around “time exclusive” terms in contracts.

Some platforms offer minimum guaranteed deals, which are great for new or relatively smaller publishers. It’s an arrangement where the platform sells a fixed portion of inventory on your behalf. You receive a pre-negotiated price. Check to see what sort of inventory you can push through these deals.

Other features can be of interest depending on your inventory. If you have invested in Google AMP and /or Facebook Instant Articles, look up platforms for selling ad space on those mediums.

If you are building your own sales team to sell inventory on PMPs, check to see if they offer deals and have data capabilities to let you create inventory packages.

Ask about their creative-filtering capabilities. You’ll want to protect your audience from malware-laden creatives and malicious redirects.

After all that, good UI would be a cherry on top.

Apart from a robust hardware infrastructure, a good ad network should provide a great UI/UX experience to its users. Think of Google AdSense, one of the reasons that it’s so popular is that it’s a breeze to set up and run, yet at the same time so feature-rich.

A neat console to manage your ads from would make your ad operations that much easier. 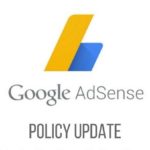 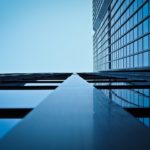