Ad blocking isn’t going anywhere. The ad tech industry has learned this the hard way after fighting tooth and nail over the past couple of years. PageFair cited double-digit growth in ad block adoption back in 2015. eMarketer concurred with its own report in 2016.

But there are silver linings despite revenue loss. Just as fake news highlighted the importance of bona-fide journalists and publishers, ad blocked inventory pushed media sellers and vendors towards making ad experience better for consumers on all devices.

The results of user-friendly measures make ad block impact look not quite as severe as PageFair or eMarketer would have us believe.

If publishers continue to respond to the ad-blocking threat with measured approaches, by 2020, revenue losses from ad blocking will be $10.5 billion (£7 billion) in the U.S., and $1.9 billion (£1.3 billion) in the U.K. The silver lining to that steep bill: It’s far lower than the $78 billion in losses Ovum predicts if nothing whatsoever is done to address ad blocking. (Source)

We scoured the web for statistics on ad blocking from a variety of trustworthy sources. Here’s what we found:

(Because in the age of alternative facts, we can’t even trust ‘data’ without taking a long, hard look at the source that compiled it. Here’s some perspective.)

Trouble in U.S. of A

There’s no easy way to put it: Ad block adoption is growing steadily in North America.

Compared to European countries, U.S. desktop ad block penetration is still relatively low on the scale (18%), but the impact (revenue loss) could be massive due to a larger internet user-base. Adobe also predicts that a growth in desktop ad block adoption similar to Germany or Sweden could mean another 23M U.S. ad block users. The research compiles results from a survey of 1,000+ U.S. consumers where 89% of respondents said that they plan on continuing ad block use.

The survey highlighted some actionable user concerns over display advertising:

Not Quite a Crisis: Canada and Germany

Canadian publishers may be able to take a breather. In a research with an opt-in panel of 30,000+ Desktop PC users, IAB Canada and comScore found that monthly ad blocking adoption rates remained stable from June 2015 to January 2016 (study timeframe), and the levels persisted for the rest of Q1 in 2016.

According to this report:

Meanwhile, Germany, one of the earliest adopters of ad block, showed a modest dip in ad block incidence rates from Q1 to Q3 of 2016.

PageFair’s 2017 report, however, pegs ad block penetration (largely desktop and negligible mobile) for Canada at 25% and Germany at 29%.

Note that neither research is wrong or deliberately misleading. This is where the difference in research methodology should become clear: Incidence rates are real-time and should be read as number of requested web pages on which ads were ultimately blocked. PageFair looks at adoption/penetration rate, which is the number of internet users with ad block software installed in a given region.

Mobile Ad Blocking: Massive in Asia-Pacific, not so much anywhere else

[Note that the data available so far only takes in-browser blocking incidence in account.]

Mobile ad blocking is currently on a ‘low simmer’ in Europe and Americas. Many large-scale publishers (Trinity Mirror, Axel Springer’s Bild, City AM, etc.) have even come forward to say that it’s a non-issue, citing ad blocked mobile pageviews as low as 2%. (Source)

But mobile ad block is huge in Asia-Pacific. In a global survey of respondents aged 16-64 in Q2-Q3 2016, Global Web Index found that India and China have the largest mobile ad block user base. It is unclear how this may change in China after their government passed a law supposedly banning ad blocking (of all kinds), effective September 1, 2016. The rapid mobile ad block adoption in fast growth APAC markets can be attributed to general peskiness of ads, but also to necessity. 34% mobile ad block users said their main motivation was to prevent mobile data loss on ads.

In some fast-growth APAC markets, mobile ad-blockers have become a vital tool for reducing load-times and data spend, especially where internet users are coming online for the first time via relatively expensive and slow mobile connections.

Mass adoption in North America and Europe will continue organically, but may accelerate unexpectedly if manufacturers or distributors close deals to pre-configure adblock software.

A significant majority of respondents in all these studies agreed on some key points:

All things considered, a majority of consumers would still prefer free content on “open web” and would put up with ads if the content is worth it, to a reasonable extent. It’s up to publishers to respect the line and realize that UX is not a buzzword anymore. 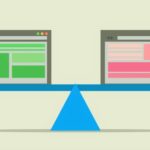 9 Common Mistakes that Will Kill Your A/B Testing 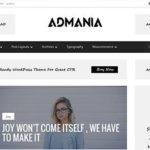 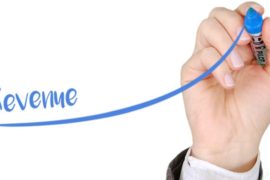